Migraines are more than just allergy or stress-related headaches. They can last for 4 to 72 hours and make it extremely difficult for an individual to perform even the most trivial tasks. In addition to that, things like noise and movement can further amplify the symptoms.

There are various medications that doctors prescribe to alleviate migraines, including antihistamines, antidepressants, and anti-inflammatory drugs as well as migraine-specific painkillers called triptans, etc. However, individuals who are concerned about side-effects often resort to medical marijuana for alleviating their pain.

Here is a brief guide about medical marijuana for patients who suffering from migraines:

Due to its regulated nature and obstacles related to legalization, there isn’t extensive research available about medical marijuana for treating migraines.

A study published by the American Headache Society reported that cannabinoids interact and modulate with pathways that are inherent to migraines and chronic pain. The supporting literature also suggests that medical marijuana and cannabinoids are helpful in dealing with migraines and cluster headaches.

Clinical trials are yet to be conducted in order to determine the connection between medical marijuana and migraines, but it can be safely concluded that marijuana is helpful for migraine patients. 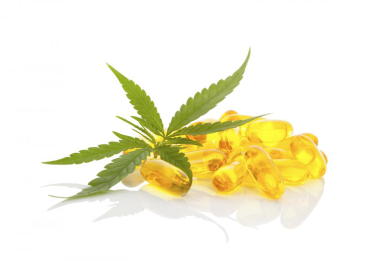 Two active compounds found in marijuana are tetrahydrocannabinol (THC) and cannabidiol (CBD). Both compounds interact with the cells of the nervous system and the brain. These cells are referred to as cannabinoid receptors (CB1 and CB2). The relationship between the receptors and cells is not yet clear, however, the interaction between them is known to affect the immune system.

How to use Medical Marijuana

There are several ways in which medical marijuana can be taken. This includes CBD oil, CBD capsules or CBD-infused treat.

CBD oil can be taken through vaping or ingestion. Vaping is much more advantageous as it allows the patient to adjust the dosage according to their requirement and the reaction is almost immediate.

However, CBD medication taken through ingestion is less likely to cause any side-effects. Therefore, patients who are comfortable with oral medication can take capsules or put a few drops of CBD oil under their tongue.