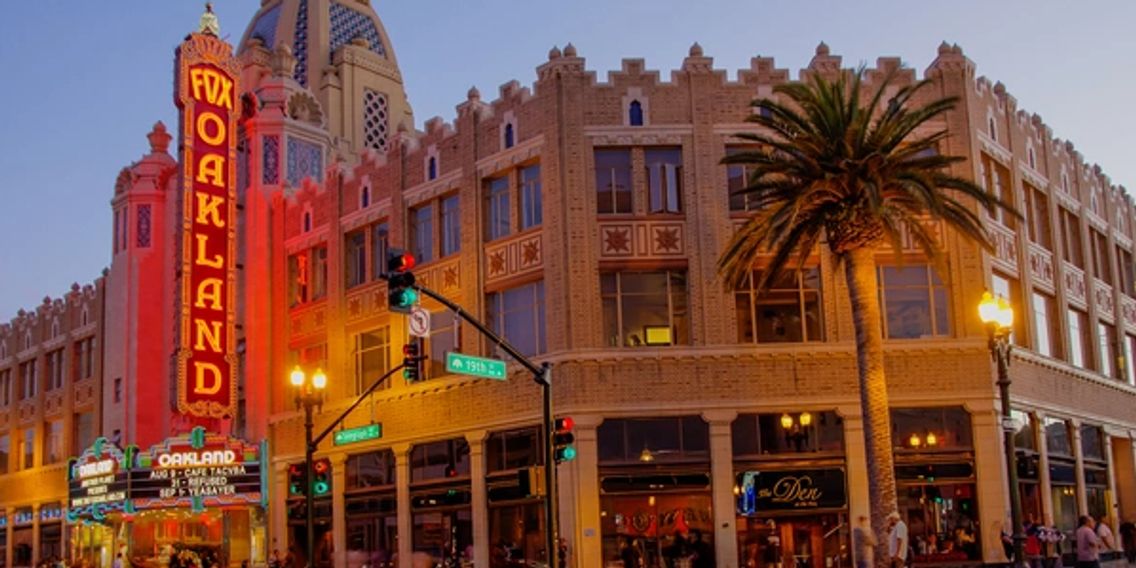 The December meeting of the Cannabis Regulatory Commission was cancelled and rescheduled for January 19, 2017 at 6:30 p.m.

The intent of the City of Oakland was that in the month of December 2016, electronic applications would be available on the Special Activity Permits website, and paper applications would be available at the City Administrator’s Special Activity Permits Division Monday-Friday, 9am-5pm, on the 11th floor of City Hall at 1 Frank H. Ogawa Plaza, Oakland, CA 94612.

However, no applications for any permitting in Oakland are available to date and these application packets are not yet ready for release.

Any dispensary, delivery or delivery-only dispensary must have a valid business permit.

The one significant restriction is that the City Administrator shall issue no more than eight new valid permits for the operation of dispensaries in the City per year.

Delivery-only dispensaries are not subject to this limit.

More than one medical Cannabis operator may situate on a single parcel of land; however, each operator will be required to obtain a permit for their applicable permit category.

Maintains not less than a 50% ownership in the Dispensary entity as well as prior marijuana or Cannabis conviction shall not be a bar to equity ownership.

Other department fees, including building and fire department inspection fees, can be found via the Master Fee Schedule. (Fire: H-1; Planning & Building: O-1)

No Limit to # Of Licenses Permitted Allowed For A Non-Dispensary Medical Permit. OMC 5.80.020(C) allows the City Administrator to issue no more than eight new brick and mortar dispensary permits per year.

Owning or renting a property not necessary before applying for a permit, but an applicant should be able to show an intent to purchase or lease a property via a signed agreement with the property owner.

A packaging operation should obtain a distributor license.

General Applicants: Permits for General Applicants will be issued once they submit a complete application and return a completed inspection card to the City Administrator’s Office provided at least 50% of all permits issued under OMC 5.81 (cultivators, manufacturers, distributors, transporters, and testing laboratories) or OMC 5.80 (dispensary and delivery-only dispensaries) have been issued to Equity Permit Applicants.

We invite you to contact CannaBusinessLaw for expert assistance in compliance with Cannabis licensing, permitting, the application process and with any additional concerns and questions relating to commercial Cannabis in California.

August 1, 2017 – When the city in May rolled out a new permit program for cannabis businesses that gave priority to individuals who’d been convicted of a marijuana charge in Oakland, or who were longtime residents of neighborhoods with the highest numbers of weed-related arrests, no one could predict how many people would apply.

Oakland, a pioneer in the national cannabis movement, was once again testing uncharted waters with a pot reparations program that required half of all medical marijuana licenses go to “equity” applicants. Some in the cannabis industry warned the mandatory 1:1 ratio would drive businesses to other cities.

Yet as of July 21, 81 people had applied for licenses (excluding dispensaries), according to Assistant City Manager Greg Minor, who is overseeing the process. Out of these, 35 are “equity” applications, but only 10 had already secured a business location. For general applicants, all but seven of the 46 had a location. The city allows applicants to apply without a site, but they can’t get a final permit until they have one.

“This is consistent with the challenges we thought would emerge which is why we let people apply while they were looking for space,” said Darlene Flynn, director of the city’s Department of Race and Equity. “We wanted to lay down a pathway that gave us an opportunity to get more people in for us to work with and give them an opportunity to break into this business.”

In order to qualify under the equity category, a person must present documents proving that they were arrested after Nov. 5, 1996 and convicted of a cannabis crime committed in Oakland, or that they had lived in any combination of 21 police beats in East and West Oakland with the highest number of marijuana-related arrests. Equity applicants can’t earn more than 80 percent of the city’s average median income; $52,650 or less for a single person household.

People who don’t qualify under those guidelines but still want to get a permit can team up with an equity applicant to boost their priority. Those partnerships are called incubators, and there are nine such applications so far. Five expressed interest in the idea.

“When you take a big step back, this is a very new approach and it’s probably kind of unnatural for people to make these partnerships across socioeconomic groups,” Minor said. “We’ve set up some networking events and people are privately networking, but these connections aren’t going to happen right off the bat.”

The city has earmarked $3.4 million from cannabis license tax revenue for no-interest loans and technical assistance for equity applicants. Minor said the city will soon issue a request for proposals to help equity applicants work on their business plans, obtain loans and prepare their applications for a license.

One big problem that has cropped up is that some would-be applicants can’t produce the required documentation to prove equity status. City officials said they would look into expanding the allowable documents to include school records, social service agency documentation and rental agreements.

James Anthony, an Oakland attorney and cannabis activist, said there should have been more applicants overall, and he believes the equity program may be in jeopardy. He said participation is low and the city has offered no real tangible help to equity applicants, calling the instructions “very confusing and off-putting.”

He warned that if those who don’t have a business location are unable to find one, it will create a bottleneck in the permitting process. That would delay licenses for cannabis business owners who have been operating in Oakland for years.

“The general applicants are going to sit in that queue and not get their permits until some indeterminate time in the future when this awkward and cumbersome system manages to work or it is altered at some point by the city council,” Anthony said.

Terryn Buxton, an African-American cannabis entrepreneur, said the city could do a much better job of promoting the equity program.

“But the reality is getting into the cannabis industry is labor intense and financially intense,” said Buxton who until recently served on Oakland’s Cannabis Regulatory Commission. “You can round up people but finding people who are competent and prepared to jump in is a whole other problem.”

A lack of available space for cannabis businesses is a problem for many applicants. City Councilwoman Rebecca Kaplan said she’s addressing the issue with a series of proposals. She wants to investigate whether non-residential, city-owned properties could be used for cannabis businesses. She’s also looking into the possibility of relaxing the regulations around where edibles can be made and whether existing commercial kitchens could rent space to edible makers.

A local permit is required for a mandatory state license, which all cannabis businesses, must have by January 2018. It’s still up in the air whether people with prior convictions will be able to obtain a state license.

Oakland has yet to issue any permits but officials said they were confident they would make the deadline. Oakland cannabis attorney Robert Raich said that he was “pleasantly surprised” by how the permit process has gone so far.

“The jury is still out though because nobody has yet been granted a permit,” Raich said.