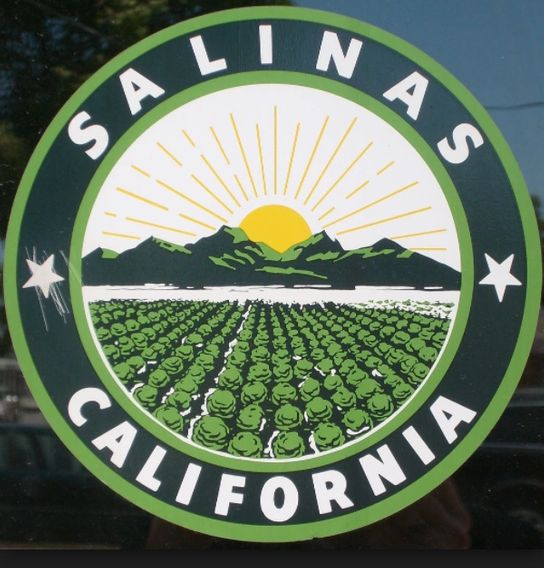 The City of Salinas regulates the establishment and the operation of a limited number of commercial cannabis businesses, including cultivation, dispensaries, manufacturing, and delivery services.  The City allows for the establishment and the operation of no more than twelve commercial cannabis businesses, with up to three of each category.  The regulations pertaining to Commercial Cannabis Businesses can be found in Chapter 16B of the Salinas Municipal Code.

The City of Salinas has completed its review of applications submitted for Commercial Cannabis Business Permits.  Permits will be issued to the top three applicants in the dispensary, cultivation, and manufacturing categories.  No additional applications are currently being accepted.

May 26, 2017 – John Steinbeck’s quintessential California novel “East of Eden,” about pain and poverty in an agricultural paradise, cast this setting in near biblical tones, depicting it as a place of mystical breeze and light, “full of sun and loveliness” and warm like “the lap of a beloved mother.”

He wrote “the top soil lay deep and fertile” and “the whole valley floor, and the foothills too, would be carpeted with lupins and poppies.” Here, Steinbeck called the fields of lettuce “green gold,” and to this day, the productive valley – between the Gabilan Mountains to the east and the Santa Lucias to the west – is known as “the Salad Bowl of the World.”

But it has seen challenging times. In the 1980s, producers of cut flowers erected cavernous greenhouses south of Salinas. Heated and cooled by abundant sunshine and ocean breezes, these buildings created the perfect micro-climate for growing lilies, tulips, delphiniums and orchids. Then global competition, particularly from Latin America, decimated the market. The downturn, occurring over the past two decades, left tracts of vacant, collapsing structures and helped to push the recent unemployment rate to more than 11 percent, well above the state’s 5.1 percent average.

Now, however, many of those valley greenhouses are blooming again with a new flower, as cannabis production moves into one of the world’s most fabled agricultural areas.

Even before a large majority of voters in November approved a local initiative to tax commercial marijuana cultivation at a rate starting at $15 per square foot of plants, marijuana entrepreneurs already had begun snapping up aging or retrofitted greenhouses, causing real estate prices for these structures to spike. Currently, more than 20 ventures are seeking large-scale commercial growing permits, and officials predict pot agriculture could bring in $20 million to $30 million annually in new tax revenues, with the county able to step up the tax rate after 2020 to a maximum of $25 per square foot.

Dave Potter, a former five-term supervisor, served on a committee that developed a framework last year to facilitate the boom. “There was a desire for growers to come out of the shadows and become legitimate, permitted and tax-paying – and the county was starved for tax revenues,” he said. “I see a conversion of greenhouses that were growing flowers to greenhouses that are growing cannabis as nothing more than crop rotation.”

The unfolding phenomenon in the Salinas Valley follows frenetic cannabis real estate speculation in Southern California desert communities, including Desert Hot Springs and Adelanto, where struggling warehouse districts have been transformed into indoor pot-growing centers. The Fresno County town of Coalinga went a step further by offering up a former prison, the Claremont Custody Center, for a cannabis oil extraction plant.

But the same pot boom isn’t taking place in California’s largest agricultural region. Other than in limited industrial locations, the San Joaquin Valley is considered too hot, dusty and politically unfriendly to marijuana.

Under Monterey County rules, marijuana cultivators only can grow in greenhouses in certain areas by converting existing structures or building new ones where old ones used to stand. They can’t plant outdoor farms or otherwise upset the county’s signature $5 billion agriculture economy for leaf lettuce, strawberries, broccoli, cauliflower, celery, artichokes and wine grapes.

Steve DeAngelo runs thriving medical marijuana dispensaries in Oakland and San Jose that ring up $44 million in annual transactions. With two long braids sneaking out from under his trademark fedora, and trailed by two chihuahuas, Goliath-Golly and Clara Bell, DeAngelo recently toured the cavernous greenhouses for his new venture, FLRish Inc. The company is backed by investors from Silicon Valley, and its board members include Willie Brown, the former San Francisco mayor and speaker of the California Assembly.

Inside a vast growing facility, spanning more 52,000 square feet and humming with humidity-controlling fans, DeAngelo leaned down to inspect the flowering buds of a classic California strain called “Grand Daddy Purple.” “This is a dream, man,” he said. “Oh my goodness, this is beautiful cannabis.”

In March 2015, DeAngelo and his business partners secured a $3.5 million option to buy 47 acres south of Salinas that had 335,000 square feet of greenhouses, many of them dilapidated and in serious need of reconstruction. They closed the sale last July, well after prices for similar properties had more than doubled.

Under the most permissive license in state medical marijuana regulations signed by Gov. Jerry Brown in 2015, FLRish Inc. plans to grow four acres – 174,240-square feet – of marijuana to be marketed under Harborside Farms, named after the dispensaries DeAngelo operates.

So far, the Monterey County rules only allow the production of medical marijuana, not the recreational variety approved by California voters who passed Proposition 64 in November. Still, the FLRish crop is expected to generate $2.6 million annually in new tax revenues for the county, and DeAngelo says his venture may lease space to other cultivators. He also is planning to build a solar farm on the property, promising to produce sun-grown cannabis with zero carbon-footprint.