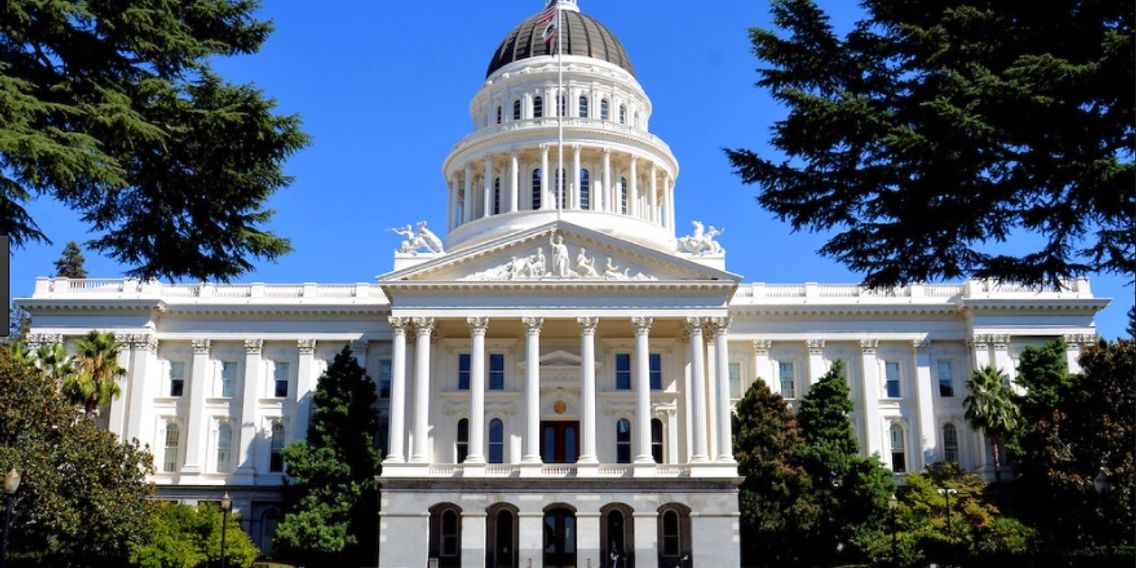 Delivery, Distribution and Other Items to be discussed at July 25 law and legislation committee Meeting

The Law and Legislation will hear a number of items related to cannabis at its next scheduled meeting on July 25.

The committee meeting will be held at 3 pm at the Council Chamber, New City Hall at 915 I Street.  The meeting is open to the public.

Items that will be discussed by the committee include:

A full agenda and corresponding staff reports will be available by the end of business on July 20.

The City of Sacramento will start accepting applications for non-volatile manufacturing and testing laboratories on May 4th after the City Council adopted the ordinances on April 4th,  setting the regulations for these marijuana-related businesses.

Applicants must obtain both a Conditional Use Permit (CUP) from the Planning Division and a Business Operating Permit (BOP) from the Revenue Division in order to operate a non-volatile marijuana manufacturing or testing laboratory business in the City of Sacramento.  An approved CUP, or proof of a submitted CUP is a pre-requisite for applying for a BOP.

The City Council also adopted the operating permit fees, which include $30,900 for manufacturing facilities and $15,870 for testing laboratories.

The CUP process carries a separate fee and can range from $16,640 to $33,610 depending on the characteristics of the proposed site.

Manufacturing and testing laboratories will be allowed in specific zones which include C-2, C-4, M-1, M1S, M-2, M-2S, MIP and MRD and required a 600-ft radius from schools and neighborhood and community parks.

A Neighborhood Responsibility Plan is required for Non-Volatile Manufacturing applications, but not for testing laboratories.

For more information on the application process, please contact the City’s Office of Marijuana Policy and Enforcement. (April 9, 2017)

An online permit portal is now available for applicants to submit their Business Operating Permit applications for commercial cultivation.

The user-friendly online portal will allow applicants to provide the same information required on the paper application and upload supporting documents at their convenience.  Once the application has been submitted, applicants only need to come to Revenue Division to get fingerprinted and complete a background check.

With an integrated Geographic Information System (GIS), the new portal automatically retrieves and verifies property and owner information on an address, saving the applicants time entering information.  It is also the system currently being used by the Planning Division, which will issue the Conditional Use Permit (CUP), making it easier for the City departments to cross-reference property information and route the application through the interdepartmental review chain.

Commercial cultivation applicants are encouraged to take advantage of the convenience of an online application.  Not only does the online system reduce the environmental impact of paper, it also provides applicants the ability to monitor the status of their application as it moves through the review process.  Applicants will also be able to apply for Business Operating Permits for other marijuana-related businesses in the future as they are approved by the City Council.

A step-by-step guide on how to use the online application portal is available on the Cultivation page.  (April 3, 2017)

The Sacramento City Council will discuss proposed ordinances for nonvolatile marijuana manufacturing and testing laboratories at its April 4 City Council meeting. The meeting is scheduled for 6 p.m. at the Council Chambers located in New City Hall.

The proposed ordinances, drafted by City staff at the direction of the Law and Legislation Committee in November 2016, will provide the regulatory parameters for businesses that will be involved in the nonvolatile production and testing of marijuana products which include edibles, beverages, oils, and concentrates, among many others.

The proposed ordinances will codify land use and business operating permit requirements for manufacturing and testing laboratories, and specify measures to protect the health and safety of the public.

The City Council is also asked to approve proposed business operating permit fees for manufacturing businesses at $30,900 and testing laboratories at $15,870.  If the proposed ordinances are adopted, the City will begin accepting applications for nonvolatile manufacturing and testing on May 4th. (March 30, 2017)

The City of Sacramento will start accepting applications for non-residential marijuana cultivation on April 3rd after the City Council lifted the temporary moratorium on cultivation, and approved the remaining components of its cultivation regulations at the March 7th meeting.

In order to operate a cultivation business in the City of Sacramento, both a Conditional Use Permit (CUP) and a Business Operating Permit (BOP) are required.  An approved CUP, or proof of a submitted CUP application, is a pre-requisite for applying for an operating permit.  Applications are now available for download from our Cultivation page.

The CUP process carries a separate fee and can range from $16,640 to $33,610 depending on the characteristics of the proposed cultivation site and the level of review the project requires.

At the same meeting, the City Council also approved an administrative review process for applicants with prior criminal convictions, particularly for marijuana activities that are now legal, who would otherwise be unfairly barred from applying for a business permit under the existing regulations.

The Council also approved a sensitive use buffer with a 600 ft. distance requirement from neighborhood and community parks, and an amendment to the cultivation permit term changing it from bi-annual to annual renewals.

For more information on the application process, please contact a member of the City’s Marijuana Policy and Enforcement Team. (March 8, 2017)

The Sacramento City Council will discuss the remaining components of its marijuana cultivation regulations at its March 7 meeting.

These items include the proposed cultivation permit fees, permit term, distance from parks, and criminal history background check for potential cultivators.  It will also vote on an ordinance lifting the temporary moratorium currently in place for all cultivation activities in the city.   All items were originally scheduled for the February 28 City Council meeting.

If the ordinances pass and the proposed fees are adopted, the City expects to begin accepting cultivation applications on April 3.

A stakeholder meeting is also scheduled for March 2, and participants can choose from two sessions: one at 2-4 pm and another one from 6-8 pm at the City Council Chambers. Both sessions will cover the application process for a Conditional Use Permit and a Business Operating Permit.

The Sacramento City Council approved the Neighborhood Responsibility Plan policy of the regulations for non-residential marijuana cultivation on January 19, bringing the City one step closer to accepting applications and issuing permits to potential cultivators.

Under the current zoning resolutions for non-residential marijuana cultivation, land owners are required to obtain a Conditional Use Permit (CUP). The CUP is the first in a series of steps involved to be able to cultivate in the city.  One of the requirements to obtain a CUP is to submit a Neighborhood Responsibility Plan. The resolution approved by the City Council establishes that CUP applicants are allowed to enter into an agreement with the City to satisfy the Neighborhood Responsibility requirement.

Under the agreement, applicants can either agree to contribute 1% of the gross receipts of their marijuana cultivation business, or agree to pay a fee that will be established by a development impact fee study.  The proceeds collected pursuant to these agreements will be placed into a marijuana cultivation impact mitigation fund that will be used to alleviate any adverse impacts of marijuana in Sacramento neighborhoods.

The Neighborhood Responsibility Plan policy was one of the issues that the City Council wanted to revisit when it adopted its cultivation ordinance in November 2016.  Other outstanding items up for City Council discussion include the lifting of the temporary moratorium on cultivation, the required buffer zones for parks, and criminal history requirements for interested parties, all of which have been recommended for approval by the City’s Law and Legislation Committee.

The City Council is expected to discuss these items at its February 28 meeting.