Cannabis Through The Ages 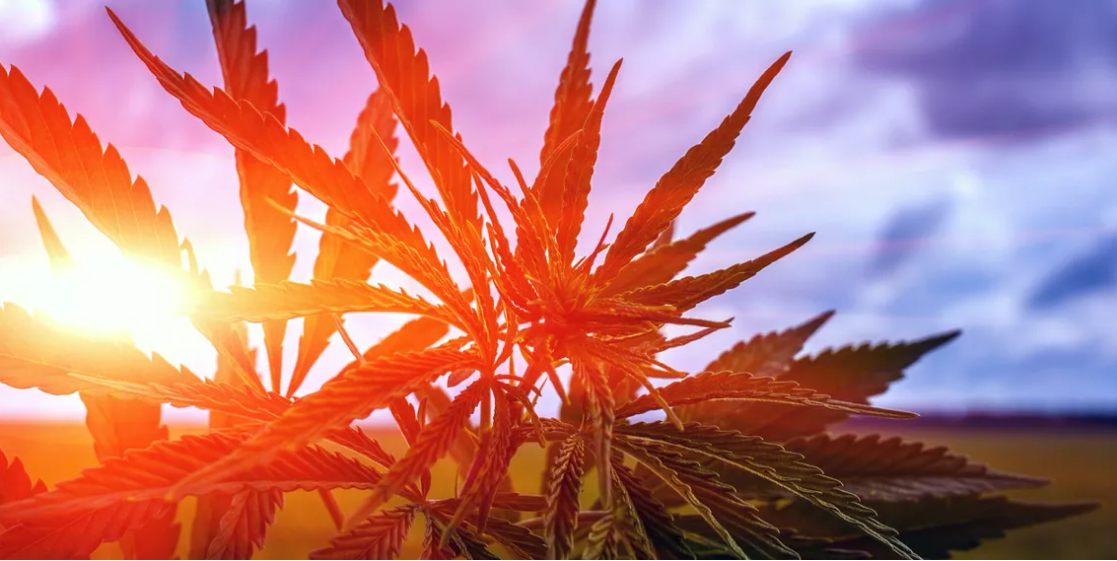 The history of cannabis usage and cultivation is as old as human history itself.

The oldest known traces of cannabis come from 12,000 BC. Historical data suggests that the first cannabis plants evolved in central Asia, in the regions of Mongolia and Siberia.

It is surprising that despite its long history with humans, we know so little about the drug and its healing properties.

The earliest specimen of cannabis plants have been discovered in Chinese graves from the period of 5,000BC to 3,000BC. The economy of Yangshao across the Yellow River made extensive use of the cannabis fiber in hemp clothing, pottery and cordage.

China also happens to be the first place where we find historical evidence that the drug was used for medicinal purposes.

Around 2700BC, the Red Emperor Shen Nung wrote “The Herbal”, a medical treatise on using several herbs for curing disease and ailments.

Cannabis is mentioned in this medical treatise for production of rope, paper, food, clothing and even arrows. The herb is also mentioned for preparing a special tincture or tea called Ma. The elixir is mentioned to have properties of Yin and Yang, i.e. male and female.

The yang portion of cannabis was described to have therapeutic effects on consumption. The text suggests that the tea was believed to have a positive effect on skin, stomach, long hair as well as regaining energy and inducing hunger. Hemp became prominent in ancient Chinese culture and literature from the warring states period suggests knowledge of cannabis and its dual therapeutic effects.

Cannabis has been part of Indian culture and religion for more than 4000 years. The Vedas, which were written between 2200 BC and 1700 BC, are the first religious text where we find mention of cannabis.

According to folk legend Shiva, the Indian god of war and destruction, found the herb on one of his travels and felt rejuvenated after eating its seeds.

In the medieval era, Indian soldiers used to take cannabis before battle. A mixture made of milk, spices, cannabis leaves and flowers,commonly known as Bhang would be consumed by the soldiers before marching. It was known to give people strength and agility and considered the drink of lord Shiva. In the Sanskrit literature, the word cannabis is synonymous with soother of grief, sky flier and victory in battle. Ayurvedas, the Indian herb-based medicine system, has been around for thousands of years and we find cannabis associated with positive qualities in this text.

Cannabis is believed to facilitate conversation and encourage social relationships. It improves physical awareness, enjoyment of life, art and pleasure in a person. These traits make cannabis a great remedy for stress, isolation and pain.

Bhang is still consumed in rural India to a large extent. When the British colonized the country, they found widespread use of Bhang and cannabis in the country. At first they wanted to ban it and commissioned a study. The Indian Hemp Drugs Commission found no long term negative impacts of bhang.

Hashish in the Middle East

It is not clear when Cannabis, or Hashish, popularized in the Mid East. It was quite possibly brought to Persia by Indian or Chinese traders before 500 AD.

The ninth century Persian philosopher and physician Al Razi favored the herb and wrote of its anesthetic and analgesic properties.

The Sufi sect was particularly fond of the herb. Sufism is a mystical sect within Islam and the adherents believe in achieving divine connection through music, dance and meditation. Cannabis induces a psychoactive effect which is considered a way to achieve enlightenment and transcendence in Sufi literature.

Another sect closely associated with cannabis consumption in the mid east was the Hashashins. This was a closed cult started by a spiritual leader named Hassan. The hashashins were active during the crusades and clashed with both the Christian crusader kingdoms around Jerusalem and Muslim Kings and Emirs.

The cult was known for their dedication to their leader and assassinating kings and generals rather than fighting in pitched battles.

It is theorized that cannabis and hemp found its way into Europe and became more common after the crusaders came into contact with the Hashashins.

The Viking Usage of Cannabis and Hemp

The Vikings relied on their ships for pillaging and it is believed that hemp was widely used for creating ropes and riggings. Hemp is quite sturdy as a fiber and archaeologists have discovered fields in Norway where cannabis was cultivated, dating as far back as 400 AD.

Cannabis is also believed to have been used for smoking during fertility rituals and relieving pain during toothaches and childbirth.

European History of Cannabis and Hemp

The first accounts of Cannabis in Europe are found in the writings of Greco Roman historians. Greeks in particular wrote about how the Scythians used the herb in their rituals.

Written accounts suggest that Greeks and Romans were aware of the psychoactive effects of the herb but they did not adopt it themselves and did not take up cultivation.

It is believed that the Germanic tribes brought the drug into continental Europe. Vikings and Anglo Saxons later took it to Britain. Cultivation on a large scale did not begin until the sixteenth century however when the Tudor King Henry VIII mandated growing hemp for use in ship building.

Evidence suggests that some monasteries grew cannabis alongside other herbs for treatment of ailments. However, cannabis was not used for medical purposes in Europe on a large scale as it was in India and China.

Early US Adoption of Cannabis Plant

It is believed that Indian-descent British settlers in Jamaica brought the herb for local consumption and the herb was being grown on the islands as far back as the seventeenth century.

While cannabis was not used for medical or recreational purposes in the British colonies along the eastern coast, the hemp plant was being cultivated for the production of fiber, clothing and paper. The shipbuilding industry heavily relied on hemp production. Early settlers were mandated to set aside a portion of their farmland for hemp production. Thomas Jefferson and George Washington grew hemp on their farmlands. The declaration of Independence is written on a paper produced from hemp leaves and it was an important crop for U.S. economy in its early days.

Cannabis emerged as a popular medicine in the early half of the nineteenth century. During Napoleon’s

The U.S. had grown quite close to France during this time. The U.S. Pharmacopeia listed cannabis as treatment for a number of ailments such as typhus, neuralgia, rabies, tetanus, alcoholism, dysentery, cholera, leprosy, insanity, gout, menstrual bleeding, uterine bleeding, tonsillitis, incontinence etc.

A number of medicines were developed in the U.S. that included cannabis as the main or supplemental ingredient. These medicines were mainly used for pain relief, anxiety, sleep and eating disorders etc.

When and How Did Cannabis Become a Shunned Drug

Mexico had a civil war in 1910 which resulted in a lot of Mexicans crossing the border to come to USA.

The Mexicans were more receptive to using cannabis for medical and recreational usage and called it marijuana.

Around the same time, African and Indian descent migrants coming from the Caribbean were bringing the plant with them.

The drug soon became associated with colored immigrants and crime.

Meanwhile, prohibition movements had been gaining momentum in the country. The U.S Federal government banned alcohol in 1920 after several states had banned it in their jurisdiction. State and federal governments also tightened restrictions on Marijuana trade and consumption during this period.

Following the Great Depression, a large number of people started using drugs to cope with the loss of financial stability which further alienated the population against addictive drugs.

Interestingly, cannabis was still being prescribed in medicinal form in the U.S. until 1942, while sale of Marijuana declined due to Marijuana Tax Act and convictions during the mid 1930s.

Alcohol prohibition lasted sixteen years and the ban was lifted in 1933. Ban on Marijuana consumption has lasted more than eighty years.

Some believe that the drug gets a negative treatment from authorities because it has become associated with minority groups. 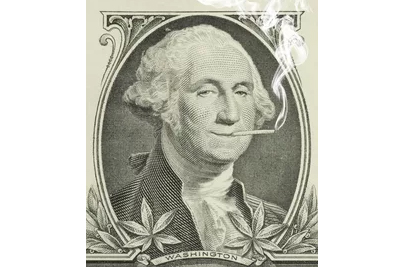 While there is no permanent cure for the disorder, different treatments can work in providing relief and reducing symptoms for different patients.

Some of the common treatment methods are medication, drug-free therapy and self care.

A number of OTC medicines are prescribed for improving the symptoms of peripheral neuropathy.

Tricyclic antidepressants such as Amitriptyline, Duloxetine and Imipramine are effective in reducing seizures and physical pain. However, these can cause dry mouth, diarrhea, constipation, dizziness, headaches and nausea.

Anticonvulsants like Gabapentin and Carbamazepine are also prescribed for neuropathy induced by diabetes.

Capsaicin is derived from cayenne peppers. Capsaicin cream is effective for some people and used in a topical application to reduce pain. It is not as effective as ingested medication.

Some non-prescription drugs like ibuprofen, aspirin and naproxen also provide temporary pain relief but note effective in the long-term. They can also cause stomach and kidney related side effects.

In some of the more recent studies, Marijuana has been reported to provide patients relief from the symptoms of Neuropathy. Even the people who were unresponsive to other types of treatments were seen to respond positively. Researchers believe that the primary cause for this is our endocannabinoind system.

Peripheral nerves contain CB1 receptors. Any type of Marijuana consumption has an effect on these receptors. When CBD and THC, two of the main compounds in Medical Marijuana enter the system of a patient, they activate the CB1 and CB2 receptors enabling the affected patient to better regulate the neurotransmission between the brain and peripheral nervous system.

GET A MEDICAL MARIJUANA CARD

The biggest advantage of medical marijuana legalization is that it opens up doors and possibilities for more research into the drug. The medical research on marijuana so far has been positive.

However, it has also been conducted on lab mice and animals, with only one or two human trials.

Critics have dismissed these studies as they were not conducted on human subjects and we cannot conclude a positive effect unless we get concrete data on humans.

Hopefully, we will begin to see more studies on the effects of cannabis in humans in the coming years.