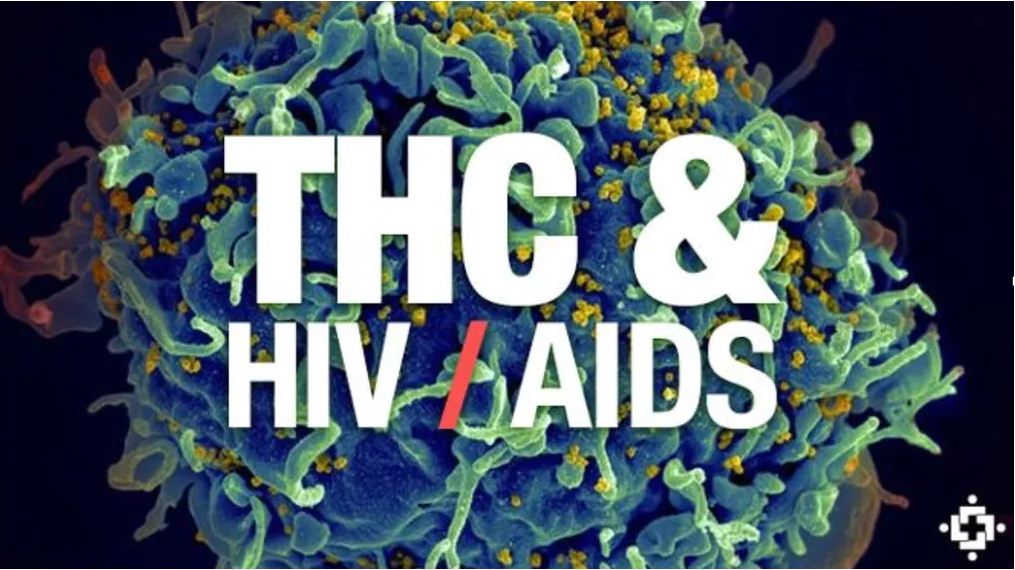 A lot of people wonder if Marijuana helps relieve the stress caused by HIV or even control the disease.

Many patients suffering from pain and stress caused by HIV have reported improvement and positive relief after using Marijuana medication.

HIV patients are one of the largest groups of people who are reportedly using marijuana for medical purpose. Here, we take a look at what AIDS is, how it can affect a person, some of the medical treatments that are being used to fight this disease and how medical marijuana can help.

Acquired Immune Deficiency Syndrome is a disease that damages a person’s immune system by destroying white blood cells in the bloodstream. It is caused by Human immunodeficiency virus (HIV), a pathogen that infects the very cells that are created by the body’s immune system to destroy it.

A person infected by HIV becomes more susceptible to common disease, such as fevers and cold although some people with HIV infection don’t get sick for many years. As the body’s natural defense system is severely impaired, even a minor disease can become fatal for someone with AIDS.

Advancements in medicine and treatment for viral infection have made it possible to manage the disease. However, there is no permanent cure for AIDS yet.

How is AIDS Detected?

According to HIV.gov, there are more than 1.1 million people in the U.S living with HIV and roughly 10% of them don’t even know that they have it. The rate of new patients coming in to report the disease has dropped significantly over the last ten years.

The HIV virus can stay hidden in an infected person for many years without even causing any symptoms. During its lifecycle, the virus slowly grows and replicates inside a type of white blood cell called CD4. The virus is released when the cell dies and the body creates more white cells to fight it which are again infected. This cycle continues until the body can no longer create enough CD4 cells.

Anti-retroviral therapy (ART) is currently used for treating HIV infections. ART prevents the multiplication of the virus which stops it from spreading throughout the body. The treatment has been successful to counter the negative effects of HIV.

While the treatment is considered very effective, the costs are quite high at the moment. ART cannot kill or cure the virus. The treatment requires patients to follow a strict regimen with three or four different drugs used in a ‘combination therapy’ to attack the virus.

When the HIV virus reproduces during its lifecycle, the new copies are mutated and become slightly different than the original virus. Some of these new copies develop resistances to the drug that the patient is taking, which causes the ARV therapy to stop working.

ART treatment greatly reduces the number of HIV virus present in the bloodstream of the afflicted. The treatment enhances the immune system and helps the patient fight the virus and stay healthy longer. A person taking ART treatment comes up with a negligible trace of HIV virus in the body during a blood test. The person is also less likely to transmit the disease to other.

However, the ARV therapy cannot completely remove the virus from the body. It is not a permanent solution and if the patient stops taking the drugs, the viruses can multiply and grow inside the body.

Effects of Marijuana on HIV

Dr. Dustin Sulak, a renowned cannabis treatment expert suggested that Marijuana treatment can work for many people suffering from AIDS. Cannabis releases endocannabinoids in the body which attach to receptors in the brain. This can decrease inflammation and help in balancing the immune system while relieving stress for patients.

A study was undertaken recently to assess the results of Marijuana use for HIV treatment. The results are groundbreaking and could help go a long way in preventing the AIDS epidemic.

The report shows that HIV patients in the United States use cannabis based treatments regularly to fight the side effects of ARV therapy and stress caused by HIV infection. Marijuana contains the cannabinoid, tetrahydrocannabinol (THC) which greatly suppresses pain.

The results of the study also suggest that THC may suppress Plasmacytoid Dendritic Cell (PDC) function by dampening it during the early antiviral response by the host. Prolonged PDC activity has been attributed for developing an HIV infection from an early stage to the later stage of AIDS.

What this means is that people who take marijuana for medication are more likely to prevent an early stage HIV infection from becoming worse.

Another study on the effects of Marijuana for patients taking ARV therapy showed that the drug could greatly reduce the side effects caused by AIDS treatment. The ART drugs are reported to cause pain, nausea and stress in many people. Addition of marijuana medication to the HIV regimen helped patients recover and reported greater improvement.

A previous study conducted in 2012 has similarly showed that medical marijuana used for HIV treatment could cause a significant decrease in the spread of HIV in a patient. The replication activity of the virus was significantly reduced while cannabinoid was present in the blood. Results also showed that the presence of cannabis in the patient lowered antagonist activity lowering the chances of the virus from spreading from one cell to another.

Benefits of Marijuana According to Researchers

The American Academy of HIV Medicine, reported that when Marijuana is correctly prescribed and consumption is adequately controlled, the drug has been seen to provide great health benefits for the patients.

Kate Scannell, the Co-Director at the Kaiser-Permanente Northern California Ethics Department wrote, “I have observed that marijuana can be of great help for patients suffering from cancer and AIDS. The drug helps improve appetite, removes fatigue, cures vomiting and nausea caused by other medication and help patients recover from weight loss.”

Margaret Haney, associate professor of Clinical Neuroscience at Columbia University observed, “In a trial comparing the effects of Marijuana, Dronabinol and a placebo on HIV-positive group, Marijuana appeared to give the best results. A dose of Marijuana helped improve the calorie intake of patients and also had a bigger improvement on sleep.”

Controlled Usage of Marijuana with HIV

People suffering from HIV should be careful and aware of some of the risks associated with improper use of marijuana.

One study by the U.S. drug enforcement agency showed that taking too much Marijuana could affect the immune system in HIV-positive users.

The U.S. institute of Medicine also warned that un-regulated use of Marijuana could adversely affect AIDS patients. This is because the immune system for HIV-positive people is weak and THC in cannabis could further impair it.

Michael D Roth, professor of Medicine at the David Geffen School of Medicine, noted in a study that Marijuana usage could leave HIV patients open to bacterial pneumonia, Kaposi’s sarcoma and even a more rapid progression to AIDS.

Marijuana usage should be accompanied with ARV treatment, rather than being seen as a standalone treatment for AIDS. Patients should strictly follow their medical doctor’s prescription when taking medical marijuana for HIV.

States That Have Approved Medical Marijuana for HIV

A number of licensed medical practitioners can provide Marijuana for AIDS therapy. Combined together with ART, medical marijuana can greatly increase your chance of controlling and fighting HIV.

If you are HIV positive and would like to learn more or find out how you can get medical marijuana for HIV treatment, get in touch with IndicaMD.