Home/Medical/Medical Marijuana and Epilepsy
Previous Next

Epilepsy is a common neurological disorder that affects more than 65 million people all over the world. In the U.S. alone, around 3 million people suffer from epilepsy.

In this piece, we examine the disorder, its symptoms, causes, complications and treatment options available for patients.

Epilepsy is a disorder that occurs due to problems with the nervous system. It is a chronic disease where the patient suffers from recurrent and unprovoked seizures. A person is diagnosed with the disorder when they have multiple seizures with the possibility of more without any discernible cause.

Seizures caused by epilepsy are mainly of two types. A generalized seizure affects the entire brain. A partial or focal seizure, on the other hand, only affects one region of the brain.

Some patients suffer from a mild seizure, which pose difficulty in the diagnosis. A mild seizure could last just a few seconds and the person going through it may not even realize that they have had a seizure.

Not every seizure is caused by epilepsy. You can also suffer a seizure due to a high fever or very low sugar levels in your blood. An accident that causes head trauma can also lead to both, a seizure as well as a concussion. Heavy drinkers suffering from alcohol withdrawal can also experience a seizure.

Seizures are the most common symptom of epilepsy. Researchers have been able to identify two types of seizures; generalized or partial.

Focal seizures affect one area of the patient’s brain. Hence, they are also called partial seizures. These are slightly milder than generalized seizure and disrupt body functions.

Patient can lose awareness of their surroundings in a complex partial seizure. In this type of seizure, the patient simply stares into blank space and does not respond to the environment around them. They perform repetitive movements such as chewing, waving or rubbing hands or walking in circles.

In a simple partial seizure, the patient does not lose awareness but suffers from an involuntary, repetitive movement of arms or legs. A patient may also experience sudden sensations like dizziness, tingling, ringing in the ears, and even see flashes of lights. When the seizure ends, the patient is aware of what they did, unlike most other kinds of seizures.

Head trauma, as a result of an accident or a severe hit to the head, has been linked to developing epilepsy in patients. People with brain complications such as brain tumors or cysts can also develop epilepsy. Prenatal babies can also develop the condition due to poor nutrition or infection to the mother.

Researchers have also noted that the condition can develop for people suffering from infectious diseases like meningitis and AIDS.

Epilepsy has also been associated with other disorders like autism and neurofibromatosis. People suffering from development disorder of the brain are more commonly affected by epilepsy.

People suffering from epilepsy are at a higher risk for certain activities. This is because seizures can occur at any time.

Epilepsy patients can fall during a seizure and cause injury to the head, neck and body. This is dangerous as patients are more likely to drown if they get a seizure during swimming or bathing. Furthermore, seizures cause loss of awareness and control. This is especially dangerous while driving.

A seizure during pregnancy is dangerous to the health of both the mother and the baby. Epilepsy patients also develop emotional and psychological complications like depression or suicidal tendencies.

Some seizure medications also increase the risk of forming birth defects in the baby. People with an extreme condition of epilepsy ‘status epilepticus’ can go through seizures that last more than five minutes or experience recurring seizures in quick successions. These attacks can cause permanent damage to the brain and even cause death.

Most epilepsy patients suffer from minor or partial epilepsy and they can manage the condition with little or no treatment. There are a number of treatment options available for controlling seizures.

Some medications lower the frequency of seizures or reduce their duration. These can eliminate the chances of seizures if taken as prescribed.

It is a device that is surgically placed on the patient’s chest. It sends electrical pulses that stimulates the nerves of the spinal cord and helps prevent seizures.

This is a medical procedure in which part of the brain responsible for seizures is altered or removed . It can be used to eliminate focal seizures.

This consists of a high fat, low-carb diet and could work for people who get little to no benefits from medical treatment.

Stories of marijuana treatment for epileptic seizures have been around for more than a century. Interest has spiked with legalization of the drug in the last decade.

People who have used marijuana for epilepsy claim that it stops their seizures. Medical research has been limited into the drug’s affect on the disorder, mostly due to government bans.

Researchers need to apply for a special license from the Drug Enforcement Agency before they can undertake any study involving marijuana. They need further permissions to access the supply from the National institute of Drug Abuse.

Despite the difficulties, some research done in the last 3 years points in the positive direction. Researchers have been able to establish some links between Cannabidiol CBD and epilepsy treatment.

Studies show that Cannabis doses had an antipsychotic effect on people suffering from psychotic disorders. This could help in the treatment of Epilepsy.

A study carried out by Chapman from the University of Colorado shows that the patients who tried cannabis based treatment for their epilepsy reported significant improvement.

Epidiolex, a prescription drug derived from cannabidiol, has been given the green light for the treatment of epilepsy at some epilepsy treatment centers after having been proven to work for the disorder.

Two further gold-standard studies revealed that Epidiolex has much potential for treating Dravet Syndrome and Lennox-Gastaut SyndromeLGS, two conditions related to epilepsy. Seizures in the LGS study were seen to have dropped by 40%, twice the drop that was noted in a placebo medicine. The Dravet study also noted a similar 40% drop in seizures compared to 17% from the use of placebo. 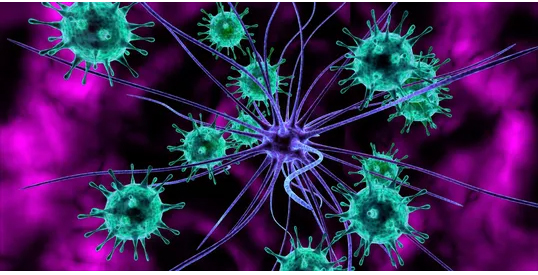 While the results so far show a positive impact of Cannabis on epilepsy, there are also a number of concerns.

First, the evidence is not conclusive. Critics have pointed that CBD treatment does not show a complete cure and may just be having a greater placebo effect on patients.

Second, some researchers have also noted adverse side effects of marijuana. Medical doctors advise caution when treating epilepsy with marijuana. An overdose can lead to more problems.

The best way to be sure that you get the right medication is to have your medical marijuana prescribed by a professional and qualified Marijuana Doctor, and follow the prescription closely.

While it may not be possible to completely cure the disorder, you can certainly reduce the number and severity of the attacks, based on the research and progress we have made so far.