Home/Conditions/Neuropathy and Medical Marijuana
Previous Next

Given the anti-inflammatory properties of marijuana, the herb is considered an effective method of treating neural disorders of all types, especially peripheral neuropathy and diabetic neuropathy.

In this blog, we examine various types of neuropathic disorders, their symptoms, causes, treatments and the potency of marijuana in reducing the symptoms of Neuropathy.

Neuropathy is a condition where this peripheral nervous system becomes damaged. The disorder affects a person’s ability to actively move muscles, perceive stimuli as well as the involuntary organ activity.

Neuropathic disorder is classified into three types, depending on the functional area affected.

This is the most common type of neuropathy identified. It occurs when the nerves outside the brain and spinal cord are damaged. These nerves usually lie on the periphery of the nerves system. For example, the nerves in the toes, feet, lower legs, fingers, hands and forearms.

The brain is connected to sensitive organs in close proximity such as eyes, nose and ears by twelve nerves called cranial nerves. Any damage to these nerves results in cranial neuropathic disorder.

The brain controls various organs subconsciously through a system of autonomous nerves. These include breathing in the lungs, blood circulation through the heart, digestion, bowel movements, sexual stimulation and perspiration.

Any damage to these nerves results in a malfunction in the corresponding bodily function.

Damage to one type of nerves causes symptoms related to the organs or functions controlled by those nerves. Some of the symptoms include the following:

Neuropathic disorders are not a single disease and caused by a number of conditions. Some of the major causes of Neuropathy are identified below:

While peripheral neuropathy is not fatal itself, it can lead to certain complications that are life threatening for the affected person.

Damage to the motor nerves can cause people to lose balance and fall, resulting in head injury.

Peripheral neuropathy could lead to development of wound infections inside the body and gangrene in some cases.

People with diabetes are at an additional risk due to diabetic neuropathy. Damage to the nerve cells in the feet cause numbness and patients can cut their foot by stepping on a sharp object. Open wounds are slow to heal for diabetics and may develop into ulcers. 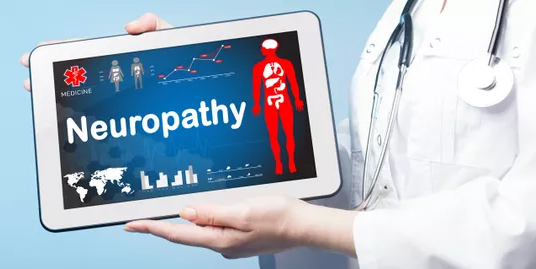 While there is no permanent cure for the disorder, different treatments can work in providing relief and reducing symptoms for different patients.

Some of the common treatment methods are medication, drug-free therapy and self care.

A number of OTC medicines are prescribed for improving the symptoms of peripheral neuropathy.

Tricyclic antidepressants such as Amitriptyline, Duloxetine and Imipramine are effective in reducing seizures and physical pain. However, these can cause dry mouth, diarrhea, constipation, dizziness, headaches and nausea.

Anticonvulsants like Gabapentin and Carbamazepine are also prescribed for neuropathy induced by diabetes.

Capsaicin is derived from cayenne peppers. Capsaicin cream is effective for some people and used in a topical application to reduce pain. It is not as effective as ingested medication.

Some non-prescription drugs like ibuprofen, aspirin and naproxen also provide temporary pain relief but note effective in the long-term. They can also cause stomach and kidney related side effects.

In some of the more recent studies, Marijuana has been reported to provide patients relief from the symptoms of Neuropathy. Even the people who were unresponsive to other types of treatments were seen to respond positively. Researchers believe that the primary cause for this is our endocannabinoind system.

Peripheral nerves contain CB1 receptors. Any type of Marijuana consumption has an effect on these receptors. When CBD and THC, two of the main compounds in Medical Marijuana enter the system of a patient, they activate the CB1 and CB2 receptors enabling the affected patient to better regulate the neurotransmission between the brain and peripheral nervous system. 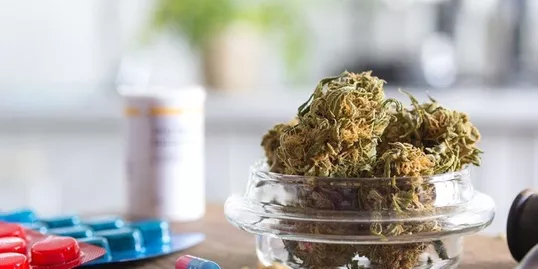 Studies on Marijuana Treatment for Neuropathy

An earlier study on the affects of Marijuana on patients showed that a single consumption of 9.4% THC herb greatly reduced the pain intensity, improved sleeping pattern and had little to no adverse effects.

In 2016, researchers from the University of Michigan School of Public Health and Medical Schools found similar results that Marijuana consumption at lower doses could be an effective alternate method of treatment at a time when prescription drugs are proving more harmful.

Marijuana Strains That Have Proved Useful For Neuropathy

Based on the research and evidence observed so far, Marijuana appears to provide patients with better relief, even at dosages lower than prescription drugs. Three strains of Medical Marijuana seem to work best for patients.

This sativa based strain is particularly good for use during the day. The hybrid mix invigorates consumers and creates a euphoric state that gives a kick, similar to drinking coffee. It has an anti-inflammatory reaction in the nerves, reducing pain and numbness in the body.

This strain produces a calm and mellow state in patients. It is a hybrid mix and particularly good for people suffering from chronic pain. It acts as a neuro-protector and its anti-inflammatory effects on the body have been reported to reduce the chance of developing blood clots and even tumors.

This is a potent strain that is heavy in indica and suited for night time usage. It is extremely good for people suffering from insomnia or pain caused by stiffening of muscles, especially along the vertebrae and lower back. This strain of Marijuana causes drowsiness and can induce sleep as well.

While Medical Marijuana is extracted from the same herb that recreational Marijuana is derived from, the Medical variety passes through a more rigorous process of testing to meet the standards for medical prescription.

So far there have been no adverse long-term effects for usage by adults. Medical Marijuana does cause some small side effects such as drowsiness, headaches and increased hunger. Patients who misuse the drug for non-medical purposes also develop unhealthy sides.

If you have Neuropathy Medical Marijuana could help relieve some of the symptoms, such as pain, insomnia and inflammation. Make sure to always get your medical marijuana prescription from a qualified doctorafter a proper consultation. It is equally important to follow the prescription closely and get in touch with your health professional in case of any side effects.

Medical Marijuana can be legally purchased for the treatment of neuropathy in 29 states across the U.S., including New York and California.