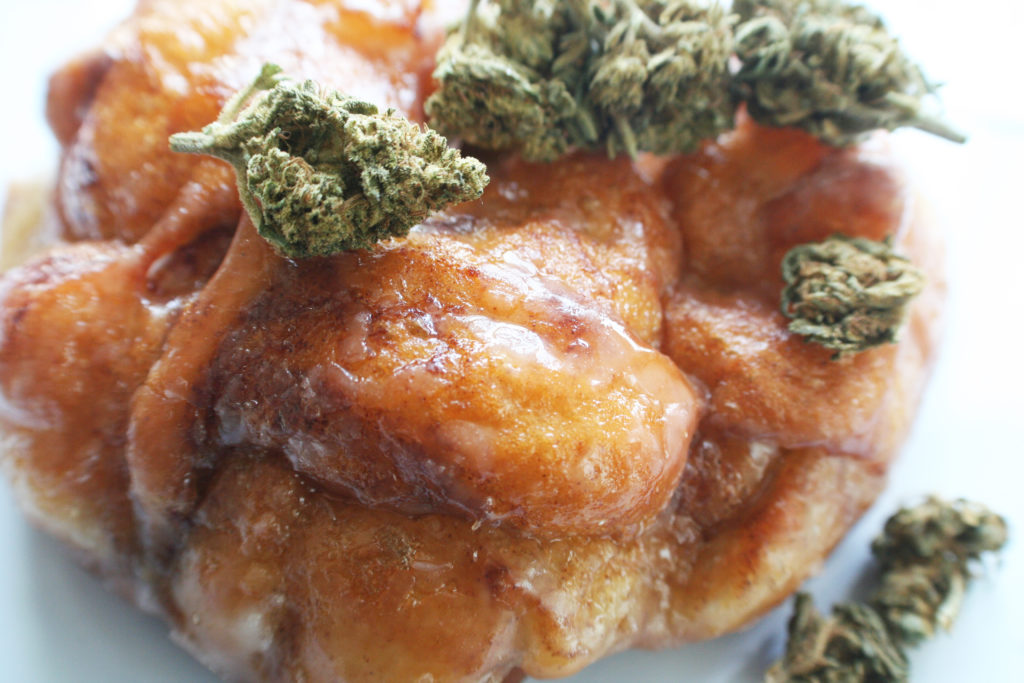 Patients who have used medical marijuana for treatment of any disorder or medical condition would know that the drug stimulates hunger and increases metabolism. Consumption of medical marijuana is particularly useful for disorders which result in loss of hunger.

While medical marijuana is not legalized for treatment of medical conditions apart from the prescription list approved by different states, it could be beneficial to know how marijuana can aid in treating different medical disorders.

This is an eating disorder where people become obsessive about their weight and stop eating to lose weight. People with anorexia eat a bare subsistence diet and feel good about their skinny, bony appearance. This condition is most common in teenagers and young adults.

An infection in the small intestine which is caused by a microscopic parasite Giardia lambalia can cause a loss in appetite, vomiting and nausea.

This is caused due to acidity reflux in the stomach which sends contents back up into the esophagus. This leaves the person feeling a burning sensation in the throat and below.

A number of women lose their hunger and develop nausea during pregnancy.

Common cold and influenza can also lead to a loss of appetite as the whole body becomes weak while trying to fight the virus.

Hepatitis is a disorder of the liver. A person is affected when they drink water contaminated by the Hepatitis A, B or C virus. People affected by hepatitis become sick, lose appetite, experience abdominal discomfort, nausea and even develop a yellow tinge in the eyes and skin.

Most anxiety and stress disorders have a side effect where the affected patient loses their appetite. Stimulation of hunger is associated with certain neuro-chemical reactions in the brain. The brain of a person, affected by stress disorders, may lose the ability to stimulate hunger.

The thyroid gland produces a hormone that determines how cells in the body use energy for metabolism. In hypothyroidism, the body stops producing enough hormones which affects the cells functioning of utilizing food, resulting in a loss of hunger.

Cancer Treatment and Loss of Appetite

Medical marijuana advocates believe that the drug is useful in cancer due to its therapeutic effects on patients. Plenty of cancer patients from all around the world use medical marijuana to counter the symptoms of cancer.

While there are plenty of anecdotal accounts of people healing their cancers with marijuana treatment, the research so far does not show any curing properties. Unfortunately, research on marijuana treatment for cancer has been minimal as the drug was banned in most countries until recently.

The research that does show a positive effect of marijuana on cancer patients is mostly associated with reducing the symptoms of cancer rather than curing cancer itself.

People undergoing cancer treatment usually suffer from a number of side effects. The side effects include pain, nausea and vomiting, anorexia and neuropathy. Medical marijuana does prove effective on treating these side effects, especially pain and eating disorders.

Common cancer treatments like chemotherapy and radiotherapy work by destroying a large number of cells and tissues in the body. They target not just the tumors but healthy cells as well.

The destruction of tissues and cells results in severe pain and nausea for the patient. The patient also becomes weak and loses hunger as the digestive system gets an inflammatory reaction every time they eat.

AIDS and Loss of Appetite

People infected by the HIV virus often experience a loss of appetite, nausea and diarrhea. The HIV virus causes immune deficiencies in the affected person’s body making them susceptible to other disorders and medical problems.

Infections are one cause of appetite loss for HIV patients. Almost any infection in the body results in the loss of appetite, accompanied by fever, fatigue and nausea.

Antiretroviral drugs and medication are another cause of appetite loss. HIV medication comes with severe side effects which can make the patient lose their hunger.

How Does Medical Marijuana Stimulate Hunger

Medical Marijuana boosts three effects in body that are linked to hunger stimulation.

Studies on Appetite Loss and Marijuana

In 2016, researchers from the Yale University discovered that the appetite stimulating effects of marijuana are driven by the same neurons in the brain that usually suppress appetite.

Marijuana inhibits the action of leptin, an appetite suppressing hormone. The new study also reveals that THC in marijuana slows down the neurons in the brain which are responsible for sending signals to the patient that he/she is full.

While this may not be useful in normal people, patients suffering from loss of appetite due to a medical condition could find this very useful.

While medical marijuana can be useful for patients who experience a loss of appetite due to medical treatment, we should also consider its effectiveness in patients who have eating disorders. People who lose appetite due to chemotherapy or prescription medicine want to eat but simply can’t because of how their body is reacting to the medication.

On the other hand people, especially the young ones, develop anorexia and eating disorders because of their negative self perception and low self-esteem. Medical marijuana treatment may be able to help such people recover while they reexamine themselves and unlearn unhealthy attitudes.

The emotional state of a person going through an eating disorder should also be considered. When a person loses their appetite, either due to medical treatment or low self-image, they usually have an accompanying case of depression or anxiety due to the medical disorder.

Medical marijuana is not only helpful in stimulating hunger. It also relieves some of the emotional symptoms that come with anorexia or medical treatment.

Some of the more popular strains for treating loss of appetite are the following. 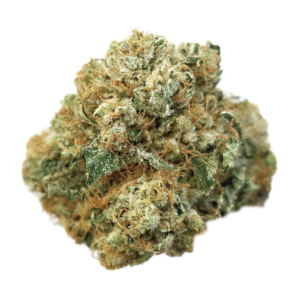 This is a sativa dominant hybrid which has a unique, pungent taste. This strain has fluffy, popcorn like buds, swollen with resin. The medical extract is particularly good for treating anxiety, inducing hunger and stimulating sleep.

This is another sativa dominant hybrid with a savory, flower like smell and taste. This strain is particulary useful for reducing chronic pain, depression and also known to increase hunger.

Trainwreck is a sativa based, slightly lower grade strain that can give a very strong high and energy boost. It has little to no taste and a strong, skunk-like smell. This strain is considered effective for reducing chronic pain, treating anorexia and controlling spasms. 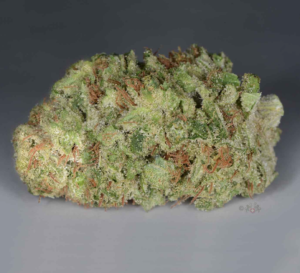 This is a high quality, A+ grade strain that is sativa dominant, with a sour, musky smell and a spicy flavor. Extract of Dutch treat haze have a very high potency, up to 24%. This strain is good for treating anorexia, nausea as well as inflammation of the digestive system.

Last, but certainly not the least, Super OG is another A+ grade sativa dominant strain. It has a fruity, flowery smell with a fruity taste and a very high potency which makes it very good in the medical marijuana industry. The strain is good for stimulating hunger, reducing headaches and back pain.

Anorexia is not yet listed as a qualifying condition for prescription of medical marijuana. However, if you are suffering from a loss of hunger due to medical treatment from AIDS, Cancer or chronic pain, you may be able to qualify for a marijuana registration card in the state of New York and California. Get in touch with a qualified medical doctor to find out how you can qualify.