Get a Medical Marijuana Card online in Los Angeles

Los Angeles Cannabis Laws June 8, 2017 – Los Angeles unveiled a new set of proposed regulations Thursday on how and where marijuana businesses can operate within city limits, the latest step toward reworking its rules after Californians voted to legalize recreational pot.

The draft rules would impose restrictions on where pot shops that sell marijuana to customers on site can operate, limiting them to most commercial and industrial zones and barring them from opening within 800 feet of one another.

Marijuana retailers would also be prohibited from operating within 800 feet of schools, public libraries, parks and drug and alcohol treatment facilities. Other kinds of marijuana businesses, including indoor cultivation facilities, would be restricted to most industrial zones.

City officials also released a set of proposed regulations on application requirements and operating rules for cannabis businesses. Those draft rules prohibit marijuana or alcohol from being consumed on site, require security and video surveillance, and mandate that businesses allow inspections and audits, among many other requirements.

What’s This?  When it comes to options trading, it’s important to establish a strong foundation. Consider these common mistakes that traders often encounter.

To apply to operate in Los Angeles, cannabis businesses would have to provide detailed information about their ownership, loans and investors. Marijuana shops that registered to pay business taxes this or last year and are in “substantial compliance” with an earlier set of restrictions would be first in line to get city certificates.

The proposed rules also impose some hiring and labor requirements: Marijuana businesses must set forward a detailed plan for hiring local residents when they apply to operate in L.A. If they have at least 10 employees, they must have a “labor peace agreement.” Such agreements prohibit employers from interfering with any potential labor organizing by their employees, said Vanessa Rodriguez, a spokeswoman for City Council President Herb Wesson.

The draft regulations will be available for public review and comment for 60 days before city officials take any action. “We will continue to have a robust dialogue about the regulatory framework and a healthy debate of Los Angeles’ growing cannabis industry” before the council votes on final recommendations, Wesson said in a written statement Thursday.

Cannabis industry and advocacy groups applauded the city for taking the step but said they were still reviewing the proposed rules. Releasing the draft rules is “a positive step towards fully licensing and regulating the cannabis industry in Los Angeles, so that our businesses have a shot at getting local authority, remain eligible to apply for state licensing, and are not left out of the state process,” Southern California Coalition president and co-founder Virgil Grant said in a written statement.

Others have already begun to voice some concerns. Ruben Honig, executive director of the Los Angeles Cannabis Task Force, said in a written statement that “under the proposed regulations, many existing and new businesses in L.A. will face long delays before they can apply for a city permit and legally operate.”

All in all, L.A.’s proposed rules “allow for a fairly free and open market, which is what I think people want — to have a real economic engine here in Southern California,” said Matt Stang, chief revenue officer for the cannabis media and event company High Times.

Los Angeles is rewriting its rules after Californians voted in November to legalize the recreational use of marijuana and start issuing state licenses by January.

Four years ago, Los Angeles voters approved Proposition D, which imposed restrictions that were estimated to allow fewer than 140 medical pot shops to continue doing business without risk of city prosecution. But critics complain that hundreds more have continued to operate despite those rules.

In March, after the statewide vote, L.A. passed another ballot measure to kick off the process of rolling back Proposition D and updating its marijuana regulations.

The new measure also set tax rates for the cannabis industry, which could pump new revenue into the city’s coffers. City Controller Ron Galperin has estimated that Los Angeles could collect at least $50 million in tax revenue from marijuana businesses next year, based on economic estimates that medical and newly legalized recreational sales citywide could approach $700 million.

For instance, Galperin recently advised city leaders that they should consider requiring “smart safes” or other devices that count cash for marijuana businesses seeking to operate in L.A. Doing so, he said, would make it much easier to track cash and audit the businesses. 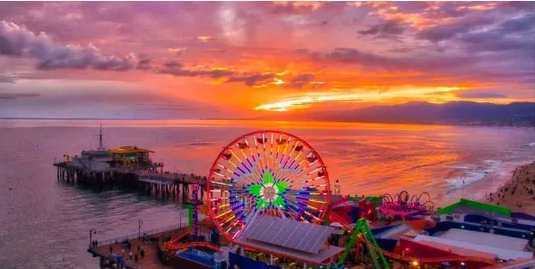 In Los Angeles you are surrounded by adventures to get into for fun. One of the favorite things to do is a drive to the beach. From Manhattan Beach to Malibu, there’s beautiful coastline to relax, breathe the fresh ocean air, and feel the cool breeze while you medicate and appreciate our sandy beaches. If you want to get into a more lively, social scene go to the Santa Monica Pier, ride the ferris wheel and watch a beautiful sunset.

Los Angeles has some great tourist attractions and sites. Simply sitting back and letting the TMZ tour bus shuttle you around through the Hollywood hills is a great way to medicate and enjoy the day.

Looking for a bit more activity?  Put on your hiking shoes and pack some lunch and hike Runyon Canyon. The trail is a 2.5 mile trek in the heart of Los Angeles. Get to the top and soak in the scenic views.

Interested in finding legal weed in Los Angeles? Look no further. Go over to Weedmaps.com and simply type in your city or zip code and take a look. Go get your Medical Marijuana or have it delivered to you in a matter of minutes after speaking with one of IndicaMd’s physicians! Its that simple.

At night, Los Angeles has great entertainment to enjoy a lively band, eat at a tasty restaurant, get a drink at cool bar and/or dance your heart away to some good beats at the club.

The Hotel Cafe is an excellent music and drink venue for up and coming songwriters and musicians.

Get the party jumping at 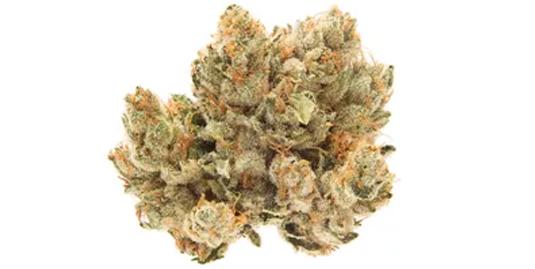 Los Angeles has the Best Strains!

Get Your Medical Marijuana Card in Los Angeles GET STARTED

Nameless Genetics Mega Supreme OG is bred from Supreme OG and their signature Mega Wellness strain, offering a true Hybrid cannabis experience. This medical marijuana strain is great for pain relief and insomnia, a best friend for a bedtime smoke.

For that super clean, medicinal marijuana that provides that happy, energetic sativa Vegan Strawberry Cough by Buds & Roses – Vegan means no pesticides, no chemicals, and no animal products were used in the cultivation of this flower. Known for its sweet smell of fresh strawberries and an expanding sensation that can make even the most seasoned consumer cough, Strawberry Cough is a potent sativa blend with mysterious genetic origins. The skunky, berry flavors will capture your senses while the cerebral, uplifting effects provide an aura of euphoria that is sure to leave a smile on your face. Strawberry Cough is a great solution for managing social anxieties and to balance yourself in times of elevated stress.

And if your a marijuana connoisseur, Try Exotikz by the JungleBoys at TLC Collective in Los Angeles.

Relaxing and Euphoric strains to ease into the evening