Cannabinoids of Marijuana: THC and CBD

Home/blog, Medical/Cannabinoids of Marijuana: THC and CBD
Previous Next

Cannabinoids of Marijuana: THC and CBD

There are over 113 compounds in marijuana that belong to a family called the cannabinoids. These cannabinoids interact with the human body through the endocannabinoid system with each compound having a different effect.

Cannabidiol (CBD) and tetrahydrocannabinol (THC) are two of the most abundant cannabinoids that are found in cannabis – the plant genus that has both marijuana and hemp. CBD and THC have been extensively researched, and results show that they have very different effects on the human body.

THC produces a psychological “high” and is responsible for the mind-altering and euphoric effects of the cannabis plant. CBD, on the other hand, is used for its psychoactive medical benefits.

Interaction with the body 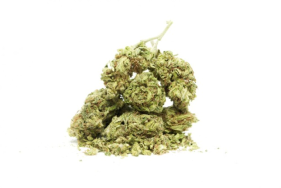 THC directly affects the CB1 and CB2 receptors, and stimulates the body in a specific way. THC consumption often results in fatigue, relaxation and altered senses. Extreme hunger is a side effect of THC, which is why it is also used for patients that have eating disorders.

CBD, on the other hand, has a more indirect effect on the CB1 and CB2 receptors. They inhibit enzymes that break them down and increase the levels of human body’s own naturally-produced cannabinoids. The reason why CBD has so many therapeutic effects is because they can influence a wide range of receptors in the entire body.

There are various medical benefits and uses of THC:

Studies have proven that cannabis compounds activate neural pathways in the nervous system that the block pain signals sent to the bran. This helps patients in alleviating chronic pain.

A study published in 1995 reported that oral doses of THC-based medication can reduce chemotherapy-induced nausea and vomiting in children. The only side-effect of THC was irritability.

The study also proved that THC-based medication is much more effective than its alternative, Zofran, which has side effects such as blurred vision, constipation, muscle spasms, rash, fever, etc.

THC has proven to be a highly effective treatment for PTSD. There are several studies which have confirmed that THC eases a number of PTSD-related symptoms including depression, insomnia, nightmares and agitation.

Other health conditions that are treated with THC include:

The medical uses and benefits of CBD include:

Anxiety and depression are often treated with pharmaceutical drugs, which have several side effects, such as insomnia, sexual dysfunction and agitation. However, CBD has shown a lot of promise in dealing with these mental health disorders.

In one study, one group was given a CBD dose before a public speaking test and the other a placebo. The one that had a dose of CBD experienced lower levels of anxiety as compared to the other group.

A research study published in Translational Psychiatry compared the CBD-based medication and amisulpride in treating schizophrenia. Both of the medication proved to be equally effective; however, CBD medication had fewer side-effects, making it the superior form of treatment.

CBD medication is also effective in dealing with:

We are a reliable and safe telehealth platform offering medical marijuana evaluation services in New York and California. We help connect patients with a certified, approved physician and apply for a medical marijuana card NY.

Register now to get your medical marijuana card in New York via a certified physician.