How To Get Medical Marijuana Card In New York City

There are many qualifying conditions in New York

If you live in New York and are going over this article, there’s a pretty good chance that you are a patient interested in medical cannabis. Chances are also that you can qualify for a New York Medical Marijuana Card for an approved condition. We’ll go a step further and guess that you want to know how you can be a registered, licensed and legal user going by the medical marijuana laws in New York.

So how’s that possible? It was extremely difficult before but now that chronic pain is amongst the list of conditions that make you eligible for a medical marijuana card (along with the fact that the process can be done online), it’s a lot easier.

The NY medical marijuana program is comparatively stricter compared to its counterparts in other states. However it is available for patients that have a number of conditions, and as of late, chronic pain is one of those conditions. And let’s face it; a lot of people suffer from chronic pain. In order to be eligible for purchasing medical cannabis from dispensaries in New York, you will need a certification from a medical practitioner who is registered with the medical marijuana program of the state.

The procedure can be confusing, so we’ve simplified the process for you in this article. The article covers:

Marijuana isn’t exactly legal in New York; you can’t consume it recreationally but there has been significant progress with respect to medical cannabis.

As mentioned above, the passing of Assembly Bill 6357 made things a lot easier.

The passing of the bill caused several things to happen. Criminal penalties, as ordained by state legislature, for possessing and using marijuana, no longer applied to people who had a written endorsement by a physician. The endorsement has to clearly state that the user stands to benefit by using marijuana to treat a medical condition which is debilitating.

The practitioner has to specify the following on the endorsement; the brand and form of medical cannabis which has been authorized, the approved method of administration and if there are any limitations. Interestingly, the dosage does not have to be specified.

Assembly Bill 6357 also contains laws that apply to the production, sale and subsequent usage. There are only five organizations that have been registered for cultivating, manufacturing and dispensing medical marijuana. The organizations have to pass through a rigorous vetting process conducted by the Commissioner of the Health Department.

Once the registered organization has been selected, it can establish a maximum of four dispensaries, subject to state regulation, for selling and dispensing medical marijuana.

The state of New York launched its medical marijuana program on January 7, 2016, with a total of eight dispensaries. The total amount of dispensed product has to be limited to a 30 day supply. The forms of medical marijuana that are permitted are capsules, inhalers, vape oil and liquids. Neither edibles nor smoking cannabis is permitted. Moreover, medical cannabis cannot be cultivated, according to NY state law.

Weed has been decriminalized in New York to a significant extent, i.e. a minor first offense will not land you in jail. The severity of the punishment will probably be commensurate with that for a minor traffic violation. However illegal possession can result in prosecution in New York.

How You Can Acquire A Medical Marijuana Card In New York

identification documents to prove the same. If you do not have an ID that has been issued by the state, you can also use a passport that has a New York address. If you don’t even have that, copies of your utility bills and bank statements are also considered as acceptable evidence of residency.

After that, you need a documented certification from a practitioner who is registered with the state’s medical marijuana program. Currently there are 800 doctors registered with the NY medical marijuana program, who you can visit in person. An alternative to seeking out the doctors and physically visiting them is going to the website of a telemedicine doctor who has been given the authority to recommend medical cannabis in writing.

The New York Department of Health does publish a list of qualified New York State providers for medical marijuana certifications here. We have New York State medical marijuana providers available via telemedicine video-chat from 8:00am – 10:00pm everyday ready to help patients connect with a doctor using a phone, tablet, or computer. If you have any questions, please call 1-844-307-9950 for our friendly customer service staff to help.

What medical conditions qualify with the program? 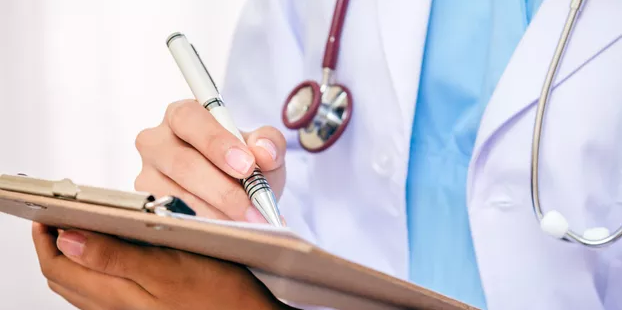 Conditions that make you eligible for the Medical Marijuana Card in New York include:

Chronic pain is the latest addition to this list, effective from March 22, 2017. The addition was made by Health Commissioner Dr. Howard Zucker, who favored the improvements that have been made in the program. According to him, it has been one of the top priorities of the program to enable easier access to medical marijuana for patients, ever since it was launched. These improvements were a step in the right direction.

Chronic pain is categorized as such when:

Once your doctor confirms that your given medical condition qualifies and could improve by using medical marijuana, they will provide a certification document. You will then have to finish an application for the card through the online system of the Department (you can access it through New York’s government website). Afterwards it needs to be submitted to the relevant state authority. The application fee is $50, along with which you will have to submit identification documents and evidence of your residency in New York.