A Guide To Marijuana Strains And How To Tell Them Apart

Home/blog, Medical, medical marijuana/A Guide To Marijuana Strains And How To Tell Them Apart
Previous Next

A Guide To Marijuana Strains And How To Tell Them Apart

Most people think that all marijuana is just… well, marijuana. Like most plants, however, there’s a pretty large variation in the types of marijuana that are available for medical usage. There’s an even larger amount of confusion however that surrounds the benefits of each strain, and how to tell them apart from each other.

For simplicity, this article will only talk about medical marijuana strains that are commonly used in the United States. It’s important to remember however though that marijuana strains are often falsely advertised.

If you have a medical marijuana card, make sure you go to a marijuana doctor who is certified and is known to dispense the right products.

Here are the most frequently used medical marijuana strains, what they’re used for, and how to tell them apart.

Sativa has a lot of chemicals that are responsible for the “high” feeling that many associate with marijuana. It is the strain that’s most commonly prescribed to people who suffer from depression.

The higher concentration of the compound THC compared to the other main compound in marijuana, CBD, is the reason for this. This means that Sativa is more effective for example, at inducing the feeling of hunger in anorexia patients than another strain would be.

In the wild, Sativa leaves are a lot thinner than Indica’s, and generally grow in climates that are quite hot. The Sativa plant itself can grow up to six times higher than the Indica plant, and this feature is the best way to tell them apart. 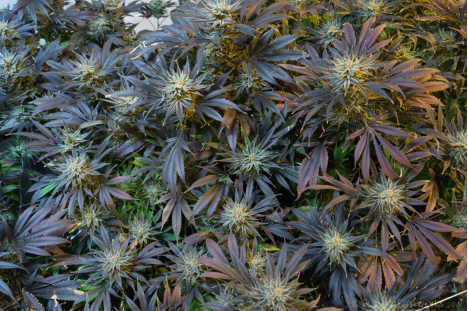 Indica strains are said to have a lot more CBD in them compared to Sativa strains. While the science is yet inconclusive, the balance of CBD to THC is a very important factor in what effect each strain has on you.

Indica is the preferred strain to relieve physical pain, and also helps people with their sleep cycles if they suffer from disordered seeping. It has a lot of sedatory effects that also make it the go-to strain for anyone who’s recovering from a surgery and has pain.

Indica also mitigates the nausea that a lot of HIV patients feel, helping them to live a fulfilling life free of constant chronic symptoms.

The leaves of Indica are broad, and the plant that grows them is a lot shorter than Sativa. Indica also grows in all kinds of climate, adapting even to the harshest conditions, that Sativa can never be found in.

Hybrid strains of medical marijuana are exactly what the name suggests. They are made from a mixture of Indica and Sativa, and depending on which one is more dominant, have different effects.

Some people suffer from conditions that may have symptoms that require elements of both Sativa and Indica to help them out. A lot of medical marijuana physicians specialize in selling certain kinds of blends, depending on the type of condition they are prescribing it for.

For example, HIV/AIDS patients have a lot of varied symptoms. Two of them are nausea and loss of appetite. While Indica helps with the former, Sativa is better for the latter. A good hybrid will probably have more efficacy than just a pure strain of one would in this case.

Even within these strains, there are hundreds of sub-strains that people advertise. It’s important not to get bogged down in the names, and just know what the main strain is that someone is selling to you. Consult your marijuana physician for more information.

At IndicaMD, we help you get connected to an online physician, so you can obtain a certified medical marijuana card in New York with just the click of a few buttons. Visit our site today to get the process started.