Whether it’s recreational marijuana or medicinal marijuana, the debate surrounding its legalization or decriminalization is raging throughout the United States. As of now, 22 states in the US have decriminalized or legalized marijuana possession.

As the political debate over marijuana rages on, a lot of people, perhaps mistakenly, use the terms legalization and decriminalization interchangeably. First off, these two terms are not the same as there are several important distinctions between the two terms.

So, what exactly is the difference between the two? Which states have decriminalized marijuana and which have legalized it? Let’s find out!

The Marijuana Debate: Legalization vs. Decriminalization

Decriminalization is the term that defines the relaxing of criminal penalties imposed on possession of marijuana. It’s also worth noting that even in decriminalized states, manufacturing and sale of marijuana are considered illegal.

Essentially, decriminalization means that law enforcement authorities are advised to look the other way if a person is found with a small amount of marijuana that is meant for personal use. In decriminalized states, possession of marijuana is treated just like a minor offense.

On the other hand, legalization means that laws banning the possession or use of marijuana are abolished. This means that governments can regulate and tax the production and sale of marijuana. 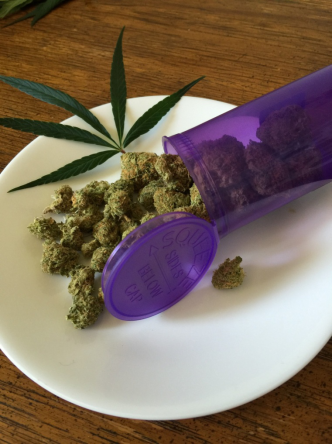 People arguing in favor of decriminalization say that it makes no sense to let federal government legalize marijuana usage while also attempting to regulate it. It sends a contradicting message similar to the government’s stance on tobacco and alcohol use.

Nevertheless, thirteen states have officially decriminalized marijuana use, including:

Proponents of legalization throughout the country make the argument that by legalizing the marijuana production and sale, the industry can be taken away from criminals.

Furthermore, regulation of marijuana makes it safer for consumers while generating a steady stream of revenue for the states. Another argument made is that decriminalization only makes sense if it’s considered the first step towards full legalization.

In total, these nine states along with the District of Columbia have legalized the use of recreational marijuana:

Regardless of which side of the argument you’re on, there’s no denying that medicinal marijuana can be beneficial for the treatment of a number of ailments. At Indica MD, residents of California and New York can secure a medical marijuana card online legally.

We offer easy registration process as well as quick online evaluation process for residents of New York and California, so get in touch with us now!