How Medical Marijuana Can Help New Yorkers with PTSD

How Medical Marijuana Can Help New Yorkers with PTSD

Nightmares, stress, anxiety; these are the common symptoms associated with PTSD. Around 70 percent of adults in the U.S. suffer from a traumatic event at some point in their lives and around 20 percent of these people develop Post-traumatic Stress Disorder (PTSD).

Recent studies have reported medical marijuana to be a potential treatment for alleviating the symptoms of PTSD.

Andrew Cuomo, the governor of New York signed a legislation in 2017 that declared the use of medical marijuana to be a legal treatment for PTSD disorders

The governor further added that around 19,000 New Yorkers suffering from PTSD can be helped with the use of medical marijuana.

PTSD: Why and How

PTSD is a psychiatric reaction in response to a traumatic or violent event like sexual assault, military combat, and natural disasters.

Here are a few events that can cause a victim to develop PTSD: 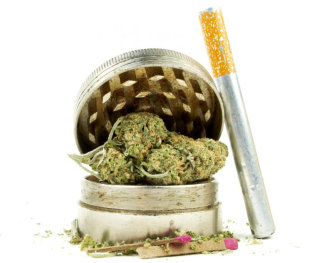 The common symptoms of PTSD include:

Here’s how PTSD can be an effective treatment for reducing PTSD symptoms:

Most of the vivid dreams occur during the REM (Rapid Eye Movement) sleep stage. Research has concluded that medical marijuana alleviates nightmares by reducing the REM state. A research also suggests the use of synthetic cannabinoids for managing nightmares associated with PTSD.

THC found in cannabis helps with insomnia by improving the quality of sleep and reducing sleep latency.

How New Yorkers can Get a Medical Marijuana Card

The Assembly Bill 6357 passed by the New York State Senate in 2014 has legalized the use of medical marijuana in a medical program which is regulated by the state.

If you’re a New Yorker, here’s how you can get your medical marijuana card:

If you’re looking for a platform to assist you in getting your medical marijuana card in New York, get in touch with Indica MD.

If you aren’t sure about using medical marijuana, consult with our doctors. They’ll take your medical history and health background into account and decide if it’s right for you.