Celebrities Who Use Medical Marijuana

Home/blog, medical marijuana/Celebrities Who Use Medical Marijuana
Previous Next

Celebrities Who Use Medical Marijuana

Despite the taboo that surrounds it, marijuana is everywhere! It’s on your favorite TV shows, it’s available to buy in a lot of states now, and even celebrities are lighting up in broad daylight!

It’s definitely an exciting time to be alive if you’re in Hollywood. You never know when Charlize Theron will pass you by, blunt in hand. Here’s a list of celebrities that do pot and are proud of it.

You didn’t think that we’d leave out the former queen of cannabis herself, did you? Miley’s transformation from Disney starlet to the edgy singer we know today is pop culture legend at this point. She’s obsessed with pushing boundaries, and her inventive marijuana smoking ways are no exception.

The Backyard Sessions project was basically a pot-addled cover band, and she even got high with Snoop Dogg at the VMAs in 2015. While Miley’s quit in recent years, she’ll always be the go-to when we think celebrities who smoke pot.

We’d understand if you’re surprised by this one. The man with the golden voice himself—God, for those who have seen Bruce Almighty—is a staunch advocate for legalizing marijuana. He loves it so much in fact, that he’ll “smoke it, snort it, drink it, eat it!”

Morgan Freeman not only smokes pot recreationally, he quips that it makes his already deep voice even deeper. 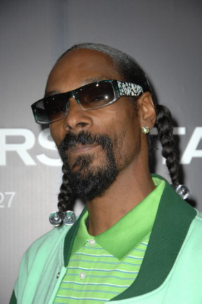 Snoop doesn’t just smoke for pleasure; he’s helped fund multiple marijuana startups, has his own marijuana brand called Leafs by Snoop, and is a very loud voice in the fight for legalization. He says that legalization can be transformative for people convicted of non-violent drug crimes, and be a solid stream of revenue for them in the long run.

When he’s not busy with all of that, Snoop likes to light one with his homies, and let the marijuana guide him in making his dope music. 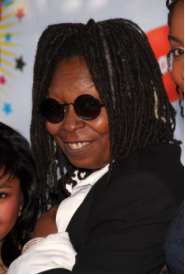 Whoopi likes to remind people that the relationship between her and her pot is a private one. Despite that, she’s happy to talk about how much she loves smoking it. She’s even happier launching a line of marijuana that might be a godsend for women who have really bad menstrual cramps.

For Whoopi, “pot is the new penicillin.” That’s a bold claim for sure. We just hope that she never smoked her penicillin. 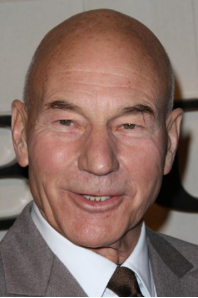 Patrick Stewart is on this list because of the stellar work he’s done advocating for medical usages of marijuana. If he had his way, everyone in the country would have a medical marijuana card.

The aging actor has been very forthcoming about how pot has done wonders for his arthritis; he smokes a joint every single day for it!

He’s also donated a ton of money to marijuana research as well, making this his second role—the first one being his stint as Professor X in the X-Men movies—where he’s a literal superhero.

IndicaMD is one of the leading providers of online medical marijuana cards in New York and California. Contact us at (844) 307-9950 to get yours made!