Medical Marijuana and Parkinson’s disease: Is It Safe?

Home/Uncategorized/Medical Marijuana and Parkinson’s disease: Is It Safe?
Previous Next

Medical Marijuana and Parkinson’s disease: Is It Safe?

According to the Parkinson’s Foundation, the number of Parkinson’s patients in the US is expected to rise to one million by the year 2020. The same source also stated that around 60,000 American citizens are diagnosed with the disease every year.

The occurrence of Parkinson’s disease increases as we age, and men are more likely to contract it compared to women. The condition limits one’s ability to work and carry out everyday tasks. It’s also an expensive condition to treat; the total medical costs associated with Parkinson’s, along with the opportunity cost of lost income, add up to $52 billion every year.

In this post, we’ll focus on Parkinson’s, its symptoms, and how medical cannabis can remedy some of these symptoms.

Parkinson’s falls under the category of movement disorders, and is characterized by slow and stiff movements that exacerbate with time.

Two of the most obvious signs of this disease are tremors and rigidity. At times, the patient may feel that their movement has been frozen and find themselves unable to initiate a step. In certain cases, the patient may experience sudden, involuntary movements, such as jerking or twitching in the legs or arms.

Genetic factors have a huge role to play in the likelihood of Parkinson’s, but environmental factors are also partially responsible. 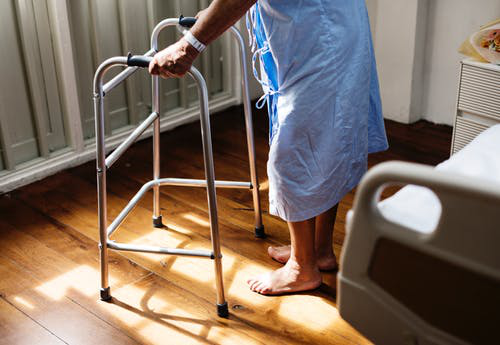 How does medical marijuana help?

Before getting into how medical marijuana can help with the symptoms of Parkinson’s, lets first look at the science behind cannabis. The human body comprises an endocannabinoid system that contains a number of cannabis receptors. The cannabinoids in medical marijuana interact with these receptors and regulate certain body functions.

Cannabinoids are said to have therapeutic benefits for movement disorders. This is because the CB1 receptors have the ability to inhibit the release of basal ganglia dopamine, which is responsible for alleviating the motor symptoms of Parkinson’s.  Studies also suggest that medical cannabis may make the lives of patients of Parkinson’s easier by providing some relief for anxiety, loss of balance, and nausea that is associated with the disease.

As per studies, medical marijuana also benefits motor and non-motor aspects of the disease. By non-motor, we mean the cognitive symptoms of Parkinson’s. These include slurred speech, mood disorders, hallucinations, and memory difficulties. The endocannabinoid system caters to a wide range of bodily functions, other than movement and neural balance. The receptors in this system display anti-psychotic and anxiolytic properties when they join forces with the cannabinoids.

As per a study, 18% of patients stopped using opiates after medical marijuana benefited them. This means that they overcame the long-term implications of opiates, like addiction.

At Indica MD, we don’t only put you in touch with some of the highly qualified medical marijuana doctors New York for a consultation, but will also help you get a legal medical marijuana card NY. Contact us now.