Marijuana & HIV: Does it help?

Home/blog/Marijuana & HIV: Does it help?
Previous Next

Marijuana & HIV: Does it help?

Human immunodeficiency virus, or HIV for short, is an irreversible disease which deteriorates the body’s immune system by destroying protective white blood cells. HIV is a progressive condition which worsens over time until the body isn’t able to fight off infections. As the immune system weakens, “opportunistic infections” such as tuberculosis, pneumonia and chronic diarrhea take advantage of the compromised defense system.

Although there is no indefinite cure for HIV, if the condition isn’t managed properly it can evolve into AIDS, the last and most severe stage of HIV. Around 1.1 million Americans currently suffer from HIV and around 6,000 lost their lives in 2018.

While medical marijuana isn’t an outright cure for HIV (there is none), studies have revealed that it can be effective in combating HIV symptoms such as nausea and appetite loss. A recent medical research found that a large number of HIV patients reported that cannabis significantly alleviated the symptoms. Keep reading to find out how medical marijuana can help HIV patients. 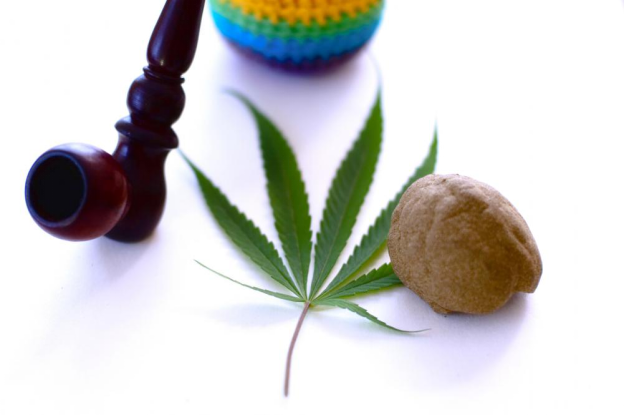 Loss of appetite is a common symptom associated with HIV. One well-known therapeutic benefit of medical marijuana is that it increases appetite and body weight. A medical study conducted in 2005 found that out of the 523 HIV positive patients, 97% reported an improved appetite after using medical marijuana.

Some HIV/AIDS patients suffer from sever chronic pain which arises from a variety of sources such as muscles, joints and nerves. One of the well-documented therapeutic effects of medical marijuana is chronic pain relief.

HIV patients are often faced by psychological, physiological and sociological pressure which causes them to have mood disorders, anxiety and depression. Medical cannabis has a ‘good drug effect’ which promotes a feeling of euphoria and significantly improves the mood and self-confidence.

In some cases of HIV, the virus triggers a complex chronic condition known as peripheral neuropathy. Peripheral neuropathy is generally a result of damaged sensory, automatic and motor nerves. Other known causes behind this debilitating condition are vitamin deficiencies and side-effects of certain drugs that are used to treat HIV/AIDS.

Recent studies have discovered that medical marijuana can potentially help sufferers of neuropathy by alleviating the pain that accompanies the disorder. According to a research, just 25 mg of 9.4% THC cannabis taken 3 times daily for 5 days can reduce the pain and improve sleep quality.

If you’re looking for a state-licensed medical marijuana doctor in New York or California, get in touch with us at Indica MD!