That being said, there are still people in the country that consider marijuana a gateway drug that will lead to the increase in the demand for harder, more destructive drugs.

So, is marijuana that addictive?

According to the CDC, only 1 in 10 people who use marijuana will become addicted to it; the number becomes even higher when the user is below the age of 18. The number is negligible.

If you were to compare cannabis to other substances, it doesn’t pose any harm to an individual’s health. Studies show that 32% of nicotine (tobacco) users, 23% of heroin users, 15% of alcohol users, and 17% of cocaine users. Although heroin and cocaine are much more harmful than nicotine, the latter is definitely more addictive. Contrary to what people think, it’s much more difficult to quit smoking cigarettes than it is to quit heroin.

Not only is marijuana not half as addictive as other drugs, but it also doesn’t have any withdrawal symptoms discontinue marijuana whenever they feel like it without serious consequences.

The small portion of people that continue to look at marijuana as a gateway drug or an addictive substance, often overlook how it’s used.

Today marijuana isn’t considered taboo amongst families; in fact, parents around the world choose to talk to their kids about marijuana use themselves. 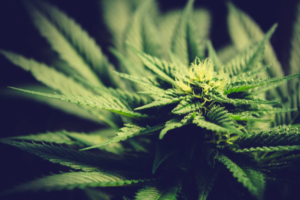 The medical benefits of marijuana are finally being realized. There is an abundance of scientific evidence that supports the case of legalizing medical marijuana across the country. From treating severe conditions like Parkinson’s, Epilepsy and even cancer, to providing relief from chronic pain and migraines, medical marijuana has proven to be a revolutionary treatment for patients all over the country.

Not only is marijuana a safe alternative to conditions that Americans deal with on a regular basis, but is also much more cost-effective. The cost of healthcare continues to rise and consumers are looking for alternatives—that’s where medical marijuana comes in.

If you or a loved one can benefit from medical marijuana, consider getting them a card through Indica MD today!