CBD Oil for Drug Addiction: How Does It Work?

Home/Uncategorized/CBD Oil for Drug Addiction: How Does It Work?
Previous Next

CBD Oil for Drug Addiction: How Does It Work?

Drug addiction has become an epidemic in the US. The most common example is the opioid epidemic that has swept the nation with 130 reported deaths daily. Opioids aren’t the only culprits for the number of deaths. Benzodiazepines and cocaine play an equal role in them. Drug addiction responsible for 14,556 deaths every year.

The government has considered this a public health concern and is working to improve the situation by introducing rehabilitation and recovery centers. When it comes to the cure, CBD appears to be a viable option. This blog highlights how it works.

CBD (Cannabidiol) is a nonaddictive and non-psychoactive constituent of the cannabis sativa plant commonly used for its therapeutic tendencies. Medical research has shown that CBD is effective in relieving seizures in people who have epilepsy.

Researchers have been looking at CBD as a viable substance to control cravings as a result of substance abuse.

How Does it Work?

CBD connects with the endocannabinoid system and regulates appetite, pain, memory, and mood. It binds with adenosine and serotonin receptors to influence the perception of pain. CBD doesn’t produce a high like marijuana because it doesn’t connect to CB1 and CB2 receptors in the brain.

The scientific literature on CBD focuses on its pharmacotherapeutic potential. CBD has proven to alleviate anxiety and stress related to drug-induced sensations. It targets the brain activity that is responsible for causing craving and reduces the chances of relapse.

A research study in the American Journal of Psychiatry shows that CBD can reduce drug cravings in addicted people. This study had 42 men and women with a history of drug abuse and relapse.

As a component of the study, the participants viewed 2 videos:

The participants of the study were separated into three groups:

This study was double-blinded. It means that neither the participants nor the researchers had any idea about which group was in which condition. 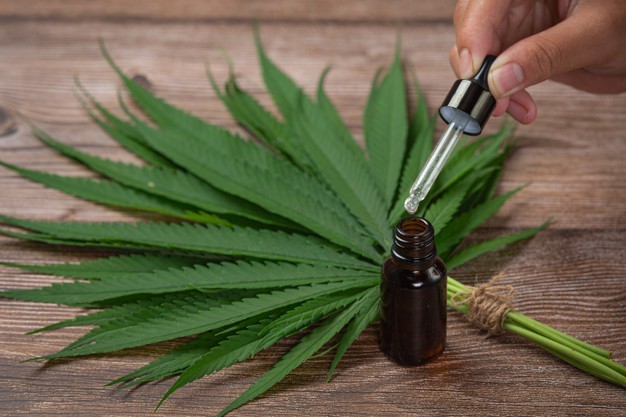 As expected, the participants craved drugs after seeing the videos with drug-related cues. However, people who consumed CBD reported fewer cravings as compared to the placebo group. Results also proved a reduction in cortisol levels. The effects of CBD were visible right after its intake and stayed for as long as one week.

Do you suffer from drug addiction and want to overcome it? Get in touch with our team at Indica MD. We can assist you in acquiring a Medical Marijuana Card in Rochester online. We house the best medical marijuana doctors in New York and California.