Home/blog/Cannabis, Hemp, and Marijuana: Understanding the Key Differences
Previous Next

The Controlled Substances Act was introduced in 1970, when Nixon declared his ‘war on drugs.’ This led to a steep rise in misunderstanding towards drugs that had been used both medicinally and recreationally for years before drug lords and the drug mafia came into existence.

Part of this included the collapsing of different drugs into single umbrella terms. The confusion between cannabis, marijuana, and hemp is so widespread that even local law authorities have difficulty telling them apart. While, the two have contrasting different chemical and physical composition — to any untrained eye, they can look the same. A few similarities between the two are;

Both Indica and Sativa have marijuana in the family but hemp is exclusively from the Sativa family.

Hemp is chemically different from marijuana/cannabis and has no psychoactive effect.

The two main components of Cannabinoids are Tetrahydrocannabinol (THC) and Cannabidiol (CBD). THC has psychoactive properties and makes up for upto 30% of content in marijuana. In Hemp, the ration of THC is at 0.3% on the maximum, making it more suitable for medical and industrial purposes.

Being a Sativa species, the hemp plant is also physically different from marijuana plant.

Hemp has a skinnier plant structure and the leaves are narrow compared to cannabis plant leaves. When two plants are put side by side, hemp will have concentrated leaves at the top while Indica plant is shorter, has broader leaves and looks stretched. 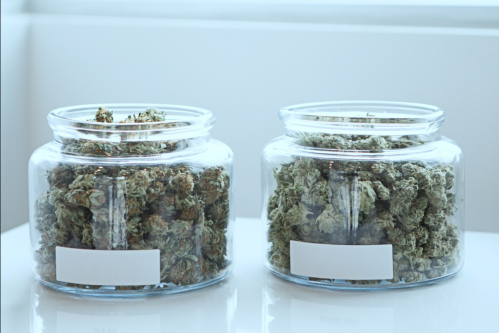 Hemp is proven to have somewhere near 25000 functions. Highly suitable for industrial purpose, the product is used in everything from skin care and body care products to automobiles, food, clothing and even in construction.

Research on marijuana has shown its beneficial properties on health of patients suffering from cancer, glaucoma, diabetes and neurodegenerative diseases.

Able to grow in most climates, hemp doesn’t require a controlled environment, unlike marijuana.

If you want to know more about medicinal marijuana and its legal status in New York, visit our website. Get a New York marijuana card from an online marijuana doctors NY at IndicaMD or call us at (844) 307-9950.