Even though devotees of marijuana and medical experts from all over the world have stated that medical marijuana holds numerous benefits including its ability to treat cancer, epilepsy, anxiety disorders and other medical conditions, many people continue to resist it.

This could be because medical marijuana is erroneously associated with other forms of marijuana and other more harmful drugs that do much more damage than good.

Here are some common misconceptions people have about medical marijuana:

Yes, despite there being plenty of evidence that suggests otherwise.

Medical marijuana holds several properties that treat cancer. Firstly, it inhibits the cancer cells’ to develop blood vessels that let them take nutrients and oxygen from healthy tissue which forces them to starve. Secondly it stops the cancer cells from spreading into other parts of the body. Thirdly it causes damaged and aged cancer cells to self-destruct.

2. It leads to the use of harder drugs

This is a big misconception. Marijuana generally is a fairly harmless drug; it doesn’t have major side effects other than slight psychosis. Studies have proven time after time that the marijuana is not a gateway drug. The likelihood of using harder drugs depends on your general perception and attitude towards drugs rather than the causal pathway.

3. Medical marijuana legalization is related to increased use amongst teenagers

The legalization of medical marijuana was championed by medical experts that believe in the medical benefits that marijuana provides. People affected by serious conditions like cancer and epilepsy were being forced to purchase illegal marijuana and break the law. 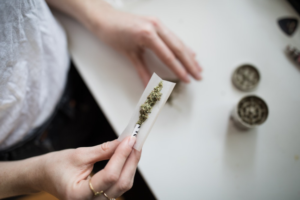 4. Medical marijuana gets you high

5. Once a person is legal they can purchase medical marijuana

Medical marijuana isn’t just distributed to anyone that is legal. People are required to speak to a licensed medical marijuana doctor after providing their medical history. The doctor will sign and emboss a medical marijuana certification once they determine the patient can benefit from it.