What Is IBD And How Medical Marijuana Helps

What Is IBD And How Medical Marijuana Helps

Just 4 years ago, approximately 3 million people in the US were diagnosed with Inflammatory Bowel Disease (IBD). What’s worse, these numbers are expected to have gone up due to recent booms in population. This means that research on viable medical treatments for this condition is more important than ever.

All of us have gone through the torment of an inflammation in the stomach. The discomfort and pain can be unbearable at times. The condition is even more concerning because it indicates localized immune system failure, which may also make the person susceptible to serious viruses and infections. Hence the quickest path to recovery is to address the pain as soon as it’s experienced.

In this blog, we’ll be looking at the efficacy of marijuana in treating IBD.

IBD is a general term for all kinds of inflammatory sensations experienced in the gastrointestinal tract. The symptoms can overlap with Crohn’s disease at times. Since gastric inflammation is such a common condition, almost 16 million people are estimated to have complained about its symptoms. This frequency doesn’t mean that the problem isn’t severe or doesn’t call for medical help, though. In the worst cases, it can result in rectal bleeding, fatigue, diarrhea, or abdominal discomfort.

Anecdotal experiences and studies have shown that ingesting cannabis in some form has led to the remission of the condition. This has led us to investigate the relationship between medical marijuana and IBD.

The body undergoes an inflammatory experience when infected by a pathogen. When this happens, the immune system experiences neutrophil influx—a surge of white blood cells—to fight these foreign bodies. However it’s important to control the activity of immune cells because a disproportionate reaction can destroy the epithelium—a protective film that lines the intestines. In order to ensure safe reactionary responses by the immune system, special molecules are released into the system and sent across the epithelium to cure the inflammation.

Cannabinoids are an essential requirement in this process. Since endocannabinoids are already naturally produced within the body for this purpose, the effect of cannabis to curb inflammation is already proven. In case the naturally-occurring quantities of cannabinoids deplete, there’s a need to take cannabinoids externally. This is why medical cannabis helps treat the condition. 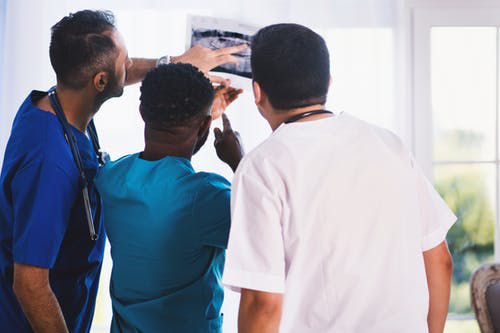 The Role of Medical Marijuana

The discovery of how cannabis helps in treating this condition is a major breakthrough in the medical field. This is because the efficiency of medical marijuana products had only been supported by anecdotal references up till now. Due to this discovery, there’s finally some credible evidence that has established a causal link between anatomy and cannabis cure.

We have our medical cannabis doctors in California and New York. Our doctors are experts in their field and can offer the right recommendations for your condition. If you want to avail our services and get a medical marijuana card online, contact us right here.