Reasons Why Cannabis Is Key To Resolving PTSD Issues

Reasons Why Cannabis Is Key To Resolving PTSD Issues

The stigma around marijuana has distracted from its benefits. Most people don’t know how it can be used to help people cope with serious conditions like Post-Traumatic Stress Disorder (PTSD).

A mental health condition that arises in the wake of a traumatic life experience, it begins with things like nightmares and disturbing thoughts but may soon lead to crippling chronic anxiety, among many other symptoms.

Most people go through one or more traumatic incidents in their life; everyone responds to such events in a unique way. Some take it head-on and recover after a few therapy sessions while others might repress it, only for it to surface later in a worse form.

The worst part is that the healthy path to recovery is painstaking and lengthy and doesn’t show results immediately. This is why people with PTSD often opt for a momentary escape from their horrid reality and by taking psychoactive drugs. They’re also a popular alternative to pharmaceutical medication because of their serious mind-altering side-effects.

Regardless of the reason, cannabis contains elements that help curb negative emotions, and this is why scientists are looking into medical marijuana as a potential treatment for PTSD. 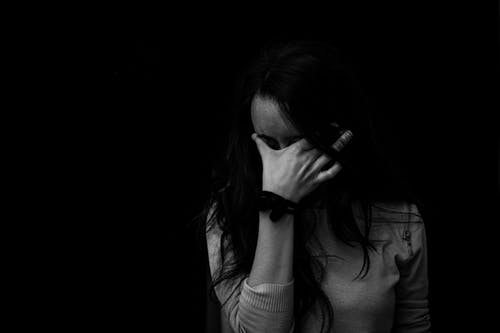 Where Cannabis Comes In

Cannabis contains two major chemicals: CBD and THC, both of which have the potential to treat PTSD. The endocannabinoid system plays a pivotal role in determining our mental wellbeing. It’s responsible for fundamental mental functions such as the consolidation of memories and retrieval from the subconscious.

The core system contains CB1 and CB2 receptors which need to be activated in order to release the neurotransmitters responsible for producing feelings of euphoria. Since the system is naturally lacking on its own, you need to fuel it with cannabinoids externally in order to trigger the recovery process.

Cannabinoids help prevent trauma from surfacing at inappropriate times. They also assist patients in regaining their emotional wellbeing and combating the flight response that is inherent to the emergence of trauma.

The NYU Langone Medical Center conducted a study on people with PTSD and examined their biological condition to trace their condition to a scientific cause. The study revealed that PTSD correlates with low levels of anandamide—a neurotransmitter responsible for mood, happiness, and fear. This neurotransmitter operates similarly to cannabis, and a lack of it results in a sudden burst of sadness, anxiety, and panic. Therefore medical cannabis acts as a compensation for the lack of cannabinoids that are naturally produced within the body.

At IndicaMD, we assist our patients by recommending them to our board of medical marijuana doctors New York and offering a medical marijuana card online for easy access to products. Our doctors are trusted for their experience and expertise and our practice is completely in line with state laws and legal boundaries. Approach us to begin your journey to complete recovery.