Every year, traumatic brain injury results in the death or disability of thousands of Americans. The effects of TBI are said to have a lasting impact on both families and communities. Those who survive end up with permanent impairment of their cognitive ability, memory, sensations, and emotional functioning. Let’s see how this leading public health concern affects you and how medical marijuana might help with some symptoms.

A traumatic brain injury, also known as a concussion, refers to a condition in which the brain’s normal function gets disrupted due to a jolt, bump, blow, or some other form of penetrating injury. Although anyone can succumb to a TBI, children and older adults are more susceptible.

The severity of the condition can range from being mild to severe. Luckily, most of the cases are mild and only result in a brief alteration in the patient’s mental state.

Mild symptoms include dizziness, feeling disoriented, balance issues, and prolonged nausea. In severe cases, the individual may become unconscious or deal with an extended period of memory loss, coma, and seizures.

According to the CDC, falls are a leading cause of TBI that account for nearly half of TBI-related ER visits. Other causes include motor vehicle crashes, being struck by an object, homicides, and self-harm incidents. 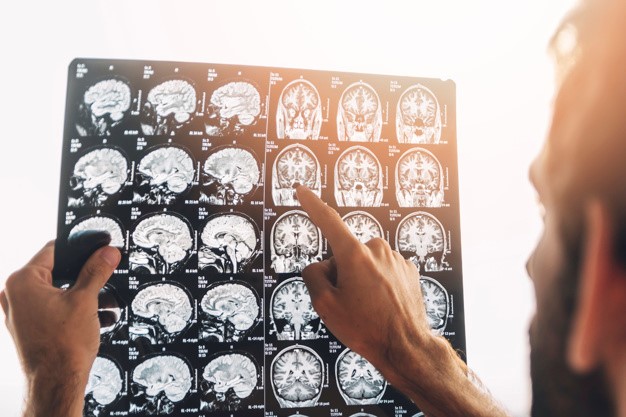 What Does Research Suggest?

Cannabinoids have neuroprotective properties. This means that it may help reduce brain damage and improve functional recovery. According to a study performed on piglets, cannabinoids had vasoactive, anti-inflammatory, and antioxidant effects on the brain. It also resulted in modulating the nuclear factor that further resulted in the modulation of cerebral hemodynamic impairment.

The findings also suggested that CBD helped with brain metabolic derangement symptoms and prevented the appearance of brain edema and seizures. Overall, the CBD protected the neurons and led to an overall histological, biochemical, and functional improvement of the nervous system.

Can Medical Marijuana Help You?

The decision to take medical marijuana for your condition is never yours. You can only legally consume the strain if your doctor suggests you to do so. If you or a loved one have been affected by a traumatic brain injury, we recommend seeking help from a specialized medical marijuana doctor and see if it can help you. After an in-depth examination of your condition, the doctor will write you a letter of recommendation. This letter will help you get California medical marijuana card

Get in touch if you’re in California, and IndicaMD will put you in touch with some of the best medical marijuana doctors in the state.